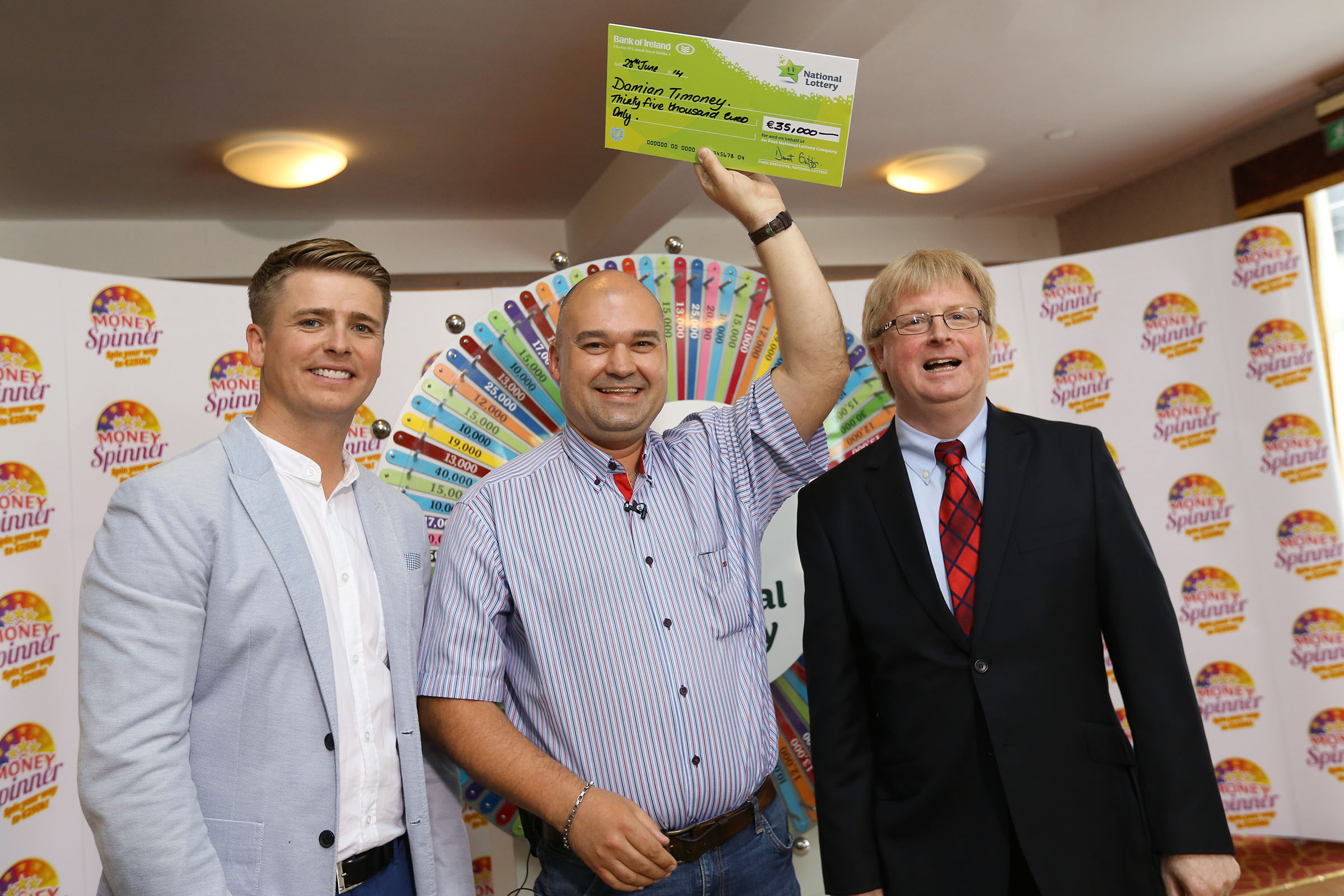 IT’S ‘DOUBLES’ ALL ‘ROUND FOR IRELAND’S LUCKIEST BARMAN!

Damian Timoney could well be the luckiest barman in Ireland.

But Damian has revealed that it’s not his first time to hit the jackpot.

Damian from Castle Street, in Donegal Town also win a luxury holiday to compliment his cash prize on Saturday evening.

When Damian appeared on The Big Money Game Show last year, he said, “This is probably a once in a lifetime opportunity. ”

But that obviously wasn’t the case for lucky Damian.

Damian said, “It’s true what they say lightning can strike twice for some, and luckily for me he did.”

He used his Big Money windfall to buy a car, help his family, and take his son to New York on a holiday.

He hasn’t made any plans this time around but his mother Mary would love a new settee.

Damian lives with his parents Mary and Eamon.

He has one son Kevin (22) who lives near Ballybofey.

He discovered the good news when his friend, Julie Lynch, messaged him on Saturday evening saying she had been hoping her three stars would be called out and his were instead.

He watched the draw on YouTube when he got home from work to see if it was true.

Damian revealed had a medal from Lourdes in his wallet for good luck.

IT’S ‘DOUBLES’ ALL ‘ROUND FOR IRELAND’S LUCKIEST BARMAN! was last modified: June 30th, 2014 by Stephen Maguire