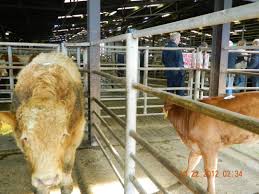 DONEGAL farmers are being fleeced by greedy processors and are being forced to sell cattle at a loss, a local TD has warned.

Thomas Pringle has called on Minister Coveney to act in addressing the inequity between farmers and processors.

The Independent TD said: “As it stands the relationship between farmer and processor is one where the processors dominate and dictate the price that farmers can achieve for their cattle.

“When we have a situation in this country where the entire market is dominated by very few players with one dominant player, there will not be competition in respect of prices for the primary producer. We will continue to see a situation where primary producers will see a loss of up to €300 per head when they sell their stock and small producers will never be able to secure fair prices from dominant processors.

“This crisis affects 100,000 farms across the country, with the most recent figures on farm income showing that the average farm income in the beef sector is around €11,000. When you compare that to the average income in the dairy sector of somewhere near €64,000, it highlights the extent of the crisis in the beef sector. Beef farmers are left at the mercy of the processors for their income, who through the marts keep the price at the levels that suit them. I wonder whether an actual ‘market’ is in existence in this country at all.

“Additionally, many small abattoirs over the last 15 years or so have been hounded out of business by the enforcement of increasingly stricter standards on them that have left them unable to continue to operate. In one case that I know of personally a small butcher who had an abattoir where he used to slaughter his own cattle was forced to spend over €30,000 as it was at the time to upgrade his facilities.

“Within months of reopening, he was visited again and told that he would have to spend an additional €20,000 and at that stage, he decided to give up and close his abattoir as it was not financially viable for him to continue. This has happened to hundreds of small processors around the country and significantly, the effect of this was that it has removed them from the marts bidding against the large processors for cattle. It was a convenient way of getting rid of competition.

“The Minister has convened a round table to discuss recent challenges but I wonder why such a ‘softly, softly’ course of action is being taken. The beef sector needs determined action; if the processors do not want a regulator, let them open their books to the Competition Authority to examine and let us see how the market is working,” stated Pringle.

DONEGAL BEEF FARMERS FORCED TO SELL AT A LOSS AS PROCESSORS CLEAN-UP – TD was last modified: July 1st, 2014 by John2