A run/walk in aid of Danny Mooney who is off to the Commonwelath Games will take place at the Churchill Fair. 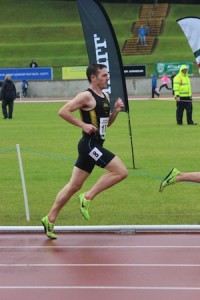 The Letterkenny middle-distance athlete was recently selected as part of a 117-strong Northern Ireland team for the Commonwealth Games in Glasgow in both the 800m ad 1500m is currently finalizing his final preparations.

Mooney has come off the production line of talented middle-distance runners who have developed under the expert eye of coach Teresa McDaid at Letterkenny AC.

“Selection for the Commonwealth Games was my main aim for the season and I’m glad that it’s now safely out of the way. There was pressure to get on the team but now that I’m there hopefully I can stay injury free and compete to the best I can on a global stage,” he said.

Mooney, who has a Masters in Exercise Physiology from John Moores University in Liverpool, gave up his job at the start of the year to become a full-time athlete. 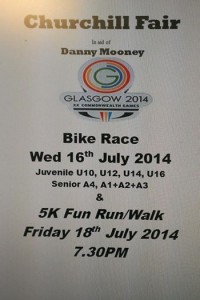