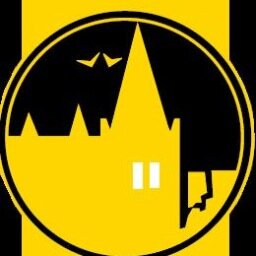 The Seniors got back to winning ways on Sunday with a good win over neighbours Glenswilly. They travel to Gaoth Dobhair on Friday night (8pm throw-in) before travelling to the Burn Rd. on Sunday to face Termon.

The Reserves also had a good win over Glenswilly and they also travel to Termon on Sunday (1:30pm throw-in).

The Senior Hurlers have an Ulster Táin League game this Saturday in Garvaghey against Cumann Peadair Naofa with a 5:30pm throw-in. They take on Burt in the Senior Championship the following week.

The Junior men had a good win last Saturday against Pettigo and they have a home game this Saturday evening in the championship first round, first leg v N. Conaill in a repeat of last year’s titanic struggle between two evenly matched teams.

The Minor Boys A footballers had a big win over Gaels in their first group game on Monday night, they have a home game v Urris this Monday night, throw-in at 7:30pm. The Development team also registered a good home win against Milford and they travel to Malin this Monday evening before taking on Red Hugh’s at home on Wednesday (9th).

The U16 boys A team had a good win away in Gaoth Dobhair last Friday after a slow start. They are at home to Cloughaneely this Friday night. The Dev. Team had a free week last week, they are back in action this Friday with an away game in Termon. Games throw-in at 7:30pm.

This Thursday, the U16 hurlers play at home against MacCumhaills. The U 12s are away to Buncrana. Both games at 7pm.

The U12 Girls travelled to Buncrana last Saturday and won all five games in a well-run blitz. They play the Letterkenny Gaels Boys B team tonight away.

The U14 girls finished their season with a convincing win away to Castlederg.

U16 girls training is now twice weekly; tonight (Wednesday) from 7pm until 8pm and on Saturdays from 11am to 12.15pm. First game is away on Juy 15 v Milford.

Congratulations to Aiden Friel and Grainne Roche on their wedding last weekend.