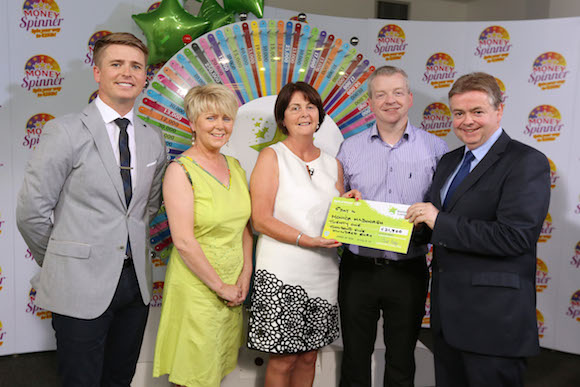 She is pictured here receiving her cheque from Money Spinner host Brian Ormond.

Also in the picture are Pauline and Eunan McLaughlin of Mac’s Book & Newsagents, Buncrana, and Brendan McGrenra from The National Lottery.