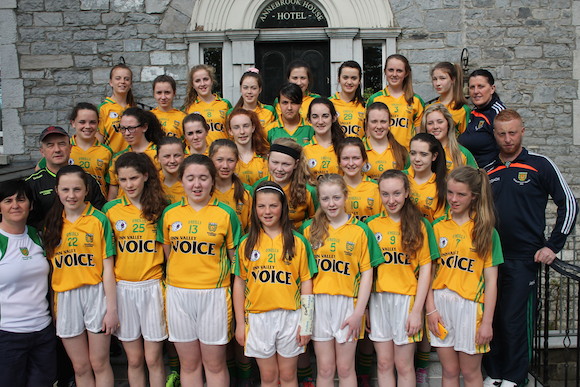 DONEGAL LGFA: STARS OF THE FUTURE AT GIRLS U12 BLITZ

DONEGAL Ladies Gaelic Football Association county U-12 blitz this Saturday will be used to find the county’s stars of the future.

Registration is at 10am sharp – with game starting at 10.30am. The LGFA want clubs to send their best 11 players for what is a 9-a-side tournament, in essence most girls should have been born in 2002.

“The blitz is a development tournament for next year’s County U-14 squad and teams should have no more than 11 players, to include two subs,” said Donal.

“We will have more than 200 girls in Convoy on Saturday with 20 teams taking part so it should be a good day. We will be using a group of new young referees from a course run this year and each section group will have a monitor to make sure everything runs smoothly and to time.

“Only the 11 players togged out and coaches will be permitted inside the playing area of the pitch. And a big thanks to St’ Mary’s Convoy for facilitating the day. We need clubs to be there Sharp on 10am for registeration so we can get it running at 10.30 on the button.”

Here are the rules for the day:

The u12 development blitz will take place in Convoy at the St Mary’s club pitch on July 12th.

Registration will take place at 10am and games will start at 10.30 sharp.

Rules for the u12 Donegal development blitz

the following exceptions will apply: 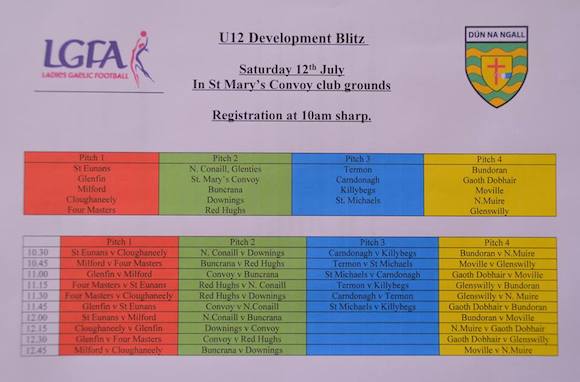 The fixtures for the day