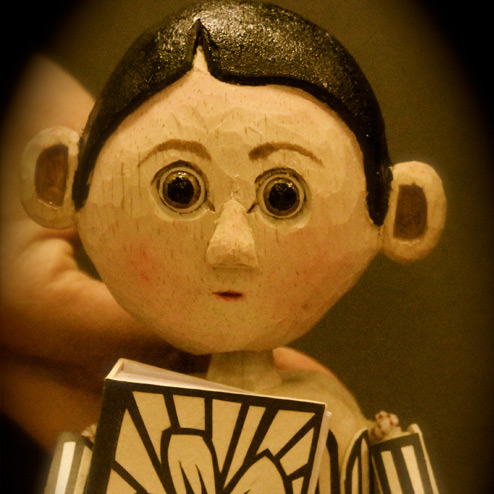 Earagail Arts Festival has a host of events for all the family from The Global Village Gathering to The Banyan Theatre Company’s productions, The Emperor’s New Clothes and Little Red Riding Hood.

‘Oh Grandma, what big eyes you have!’ Little Red Riding Hood is a journey full of surprises, as a curious young girl weaves her way through the woods to Grandma’s house.

The Banyan Theatre Company presents a playful and imaginative re-telling of a timeless story through the art of puppetry and original music.

This children’s puppet show will inspire young minds and remind the adults of the fascination they once had for the puppet shows of their childhood. 45 mins. 3-11 years.

Two swindlers come into town pretending to be master tailors.

The vain Emperor summons them to fashion him a set of clothes the like of which has never been seen before.

This charming and humorous adaptation of a classic children’s tale, directed by Karen Torley of the acclaimed International Purves Puppets, is told through puppetry, original music and storytelling by the delightful Banyan Theatre Company. 45 mins. 3-11 years.

Corrina Askin trained at the Royal College of Art and is an animator who works in children’s media.

She creates ideas for children’s animation and has two shows currently on air, “Castle Farm” on Milkshake, Channel Five and “Joe and Jack” on RTEjr.

She creates, designs, writes and co executive produces on both shows.

She is currently working with one of Ireland’s top animation companies developing her third concept for children’s media.

Over the duration of this 90 minute workshop, Corrina and her team will guide young people towards animating their very own own characters, whilst exploring a number of animation techniques from drawing to stop frame animation – 90 mins. 5-12 years.

Bláth/The Flower is set in a world that has decided colour and plants are no longer needed.

A boy finds a magical book and sees flowers for the first time.

He then discovers a packet of flower seeds in a junk shop and must learn how to bring the flower to life.

Bláth is based on the children’s book The Flower by John Light & Lisa Evans.

Designed by the artist Maeve Clancy with original music by Colm Mac Con Iomaire (The Frames), Bláth is a non verbal show that will enchant audiences as they enter a world made entirely of paper.

Combining, puppetry, object theatre and original score, Bláth promises to be a show that will be unforgettable.

Little Howard is the world’s only live interactive animation.

Life is tough in showbiz; Little Howard’s big new act keeps going wrong, Roger the Pigeon has spent all their money on cookie cutters, his comedy counterpart Big Howard has been diagnosed with being clinically unfunny and there’s a slug in the backstage toilet.

And it’s about to get worse: a sinister figure arrives and Big Howard and Little Howard have to put on the best show of their lives to keep themselves out of jail!

With interactive stand-up, live animation on stage and lots of jokes and songs this really is a show for the whole family to enjoy.

This wonderful day out is an experience the whole family will never forget.

With face painting, swing boats and a carnival atmosphere, The Global Village Gathering is a must-attend event and includes an amazing live sound track by Gay McIntyre and The Jazz Ultimatum.

Ease into the day with Tai Chi on the lawn, while kids are entertained with vintage games by ‘Ladder 13’ or a creative workshop with ‘Inside Art’, building cardboard masterpieces and decorative sun catchers.

Strolling through the craft fair and lawns you’ll meet Potato Paddy, a modern day Houdini who comically twists and turns his way out of near impossible situations and Mr Majestic, who’ll be there waving his wand on the day.

Now in its 26th year, Earagail Arts Festival takes place from Saturday, 12th – 26th July and is one of the flagship Donegal events along the Wild Atlantic Way.

This year’s festival has something for everyone, from family and outdoor events to theatre, comedy, art, workshops and music from all corners of the world.

Hosting a vibrant and varied programme throughout Inishowen, Letterkenny and west Donegal, Earagail Arts Festival features the best of local and international performances.

Volunteering is one of the best ways to experience all that the festival has to offer, so come along to the volunteers’ information sessions and start planning your summer of festival fun.

For full details on the Earagail Arts programme visit www.eaf.ie

PLENTY FOR THE FAMILY TO DO AT THE 2014 EARAGAIL ARTS FESTIVAL was last modified: July 10th, 2014 by Mark Forker