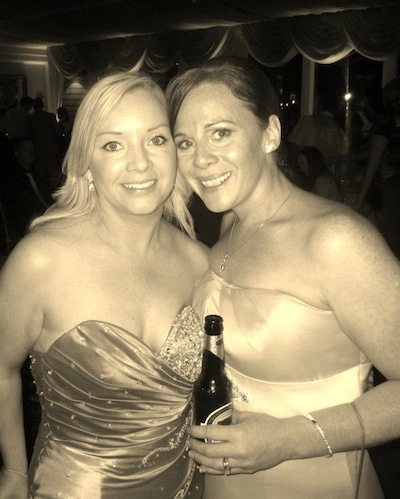 Two Donegal sisters are to speak about a year from hell in which they lost their dad, two grandmothers and came through serious illness.

Elaine and Charlotte Ní Dhuibheannaigh will discuss a tragic year in their family’s life in a moving interview to be broadcast on RTÉ Raidió na Gaeltachta on Monday next, July 14th at 11 am.

In the interview with Michelle Nic Grianna to be broadcast on Barrscéalta, they talk about how their family dealt with two cases of serious illness, the sudden death of their Dad, and the loss of two grandmothers, in a ten-month period.

In May 2013 Charlotte gave birth to her third child, daughter Alicia, and a week later she suffered a stroke. She was put into an induced coma for two months. She was very seriously ill, with an uncertain prognosis, and had to undergo two brain operations on two consecutive days. During the time that Charlotte was in a coma, her Dad Paidí Ó Duibheannaigh was diagnosed with cancer, and passed away a week later.

Elaine had been living illegally in the US, and had been anxiously following Charlotte’s progress, and ready to leave to come home at short notice. When their Dad got sick, Elaine started preparing to leave. Very sadly, however, she didn’t get to see her father before he died as he passed away while she was en route home.

Elaine explains ‘I had been talking to him on the phone, and I told him that he wasn’t to be going anywhere that I was coming home, and he said he wasn’t going anywhere, but unfortunately I didn’t get to see him. Dad made a deal with God – that he was happy to go, if he would spare Charlotte and make her better. It was very hard, but I wrote him a letter and put it in the coffin with him. The day after Dad passed away, Charlotte woke up.’

Charlotte didn’t know all that had happened while she was in the coma, of course, and it was very hard to tell her.

She says ‘I still find it hard to believe he’s gone, but I know Dad’s with us no matter where we are or what we’re doing.’

With all that the family had endured, there was still more to come. Elaine was diagnosed with cancer at Christmas, and it came as a shock.

‘I cried for maybe one or two minutes, and that was it. Then I just got on with it, I had no choice. Crying won’t help.’

Elaine underwent six months of chemo, and got the all clear in May.

In good news, Elaine tells Michelle that just before she was diagnosed, she found love, and that lasted throughout her illness and treatment. She is looking forward now to a big celebration in August for her birthday.

Charlotte is much better now and is home, kept busy looking after three small children. She has some problems with her left arm, but other than that is doing well.

‘I’m just happy to be here for my children. This could have been worse, I could have had the stroke while I was pregnant, and I might have lost my daughter.’

How did the family keep going through all this?

Elaine says ‘You have to be positive. Just keep believing everything will be ok in the end, get up every day and get dressed, just keep going.’

Michelle Nic Grianna’s interview with Charlotte and Elaine Ní Dhuibheannaigh will be broadcast on Monday 14 July 11 am on RTÉ Raidió na Gaeltachta.