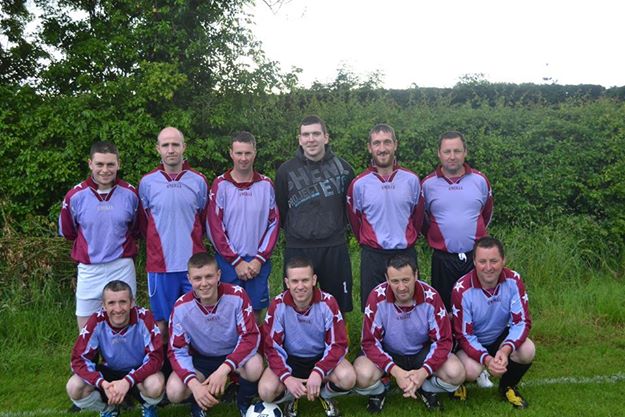 TULLYVINNEY SUMMER CUP: SWEET RESULT FOR THE TOFFEES AS THEY BOOK THEIR FINAL PLACE

Everton progressed to the final of the Tullyvinney Summer cup courtesy of a penalty shoot-out.

Kildrum progressed to the final thanks to a 3-1 win over holders Charlie’s Bar.

Everton and last year’s finalists Kildrum have progressed to the final of the Tullyvinney Summer Cup.

Both sides progressed in what were thrilling semi-finals that were compelling for all in attendance.

The standard of the competition continues to grow, and this was reiterated by the quality on show last night, with several former League of Ireland and Irish League stars in action along with current USL players.

The tournament has seen some fantastic games already, but the game of the competition so far was the encounter between Charlie’s Bar and Kildrum.

In a repeat of the 2013 decider, it was Kildrum who gained revenge for last year’s final defeat and booked their place in the final on Saturday.

The current cup holders relinquished their crown at the semi final stage against the side they defeated in the 2013 decider in the match of the tournament so far.

Kildrum started much the stronger side with Shane Mc Ginty and Ronan Curtis dominating midfield but it was Charlies Bar who stuck the first blow with Kildrum caught playing a high line Conor Carlin couldn’t be caught and he scored a beautiful lob over the head of Michael Lynch in the Kildrum goal.

Kildrum got back on level terms soon after when Declan Curtis was brought down for a penalty and the winger finished it to the keepers left.

Charlies Bar were then awarded a penalty 1 minute later wen Conor Carlin was fouled but Jason McGrinders effort went high and over the bar.

Strangely enough a third penalty of the half had to be given after a handball in Charlies Bars box, this time Blain Curtis scored with ease to send Kildrum into a 2-1 lead at half time.

Kildrum in truth dominated the second half for large spells and got a 2 goal cushion when a Blain Curtis over-head kick found its way into the net after a deflection.

A fourth penalty of the match was given to Charlies Bar with 4 minutes remaining but Michael Lynch produced a stunning save to deny the strabane men.

Man of the Match – Ronan Curtis with Shane McGinty also having a fine game.

Everton once again held their nerve to progress via another penalty shoot-out. The team made up of Drumkeen and Letterkenny men has gone through almost every game in the cup so far as underdogs but have proven stiff opposition in every game.

After a tight first half which ended scoreless, early in the second half the deadlock was broken when Darren Harvey found the back of the net with Marty Vance proving a threat for the Convoy men.

Everton began to take control of the game and went close on numerous occasions through Benny Bonner and Lee Guthrie but couldn’t find that finish until a through ball for Benny Bonner put him in behind the Convoy defence and he deservedly put Everton level with a sweet left footed finish.

Eventually it was decided by penalties. with Paul Mc Cauley the hero with 3 fine saves and a goal of his own to win 5-4 after 7 pens each.

The final is on Saturday 12th with a 7pm kick off.

Presentation in Browne’s Bar, Crossroads, Killygordan after the match.

TULLYVINNEY SUMMER CUP: SWEET RESULT FOR THE TOFFEES AS THEY BOOK THEIR FINAL PLACE was last modified: July 11th, 2014 by Mark Forker