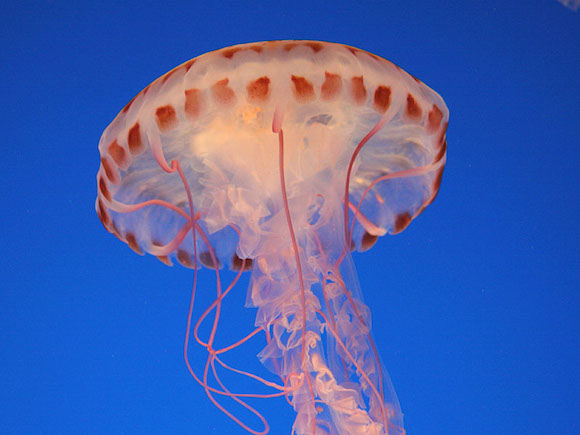 A SWIMMER has been airlifted to hospital after being stung by a jellyfish.

The Killybegs Coast Guard crew were called to assist the man who became “very unwell” after swimming off Silver Strand, Glencolmcille.

The swimmer was later airlifted to hospital in Sligo for treatment.

Jellyfish stings are relatively common, with the jellyfish body can discharge thousands of microscopic barbed stingers that release venom into the skin.

Most stings result in immediate pain and red, irritated marks on the skin. Some jellyfish stings may cause more whole-body (systemic) illness, and in rare cases, jellyfish stings are life-threatening.

The incident follows reports of dozens of rare giant jellyfish along the Donegal coast in recent days.

The barrel jellyfish can grow up to a metre wide.