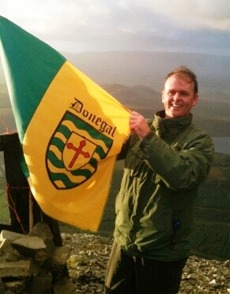 GAELTACHT Minister Dinny McGinley is set to be axed by Taoiseach Enda Kenny.

The move will come as part of a the continued Government Cabinet shake-up with Mr Kenny spending the weekend in negotiations again with Labour over junior ministries.

Another Donegal Fine Gael TD, Deputy Joe McHugh, is being tipped in some quarters to get a Junior Ministry.

Fine Gael is keen to freshen the junior ranks of Government.

But the party is also seeking to shore up support in key constituencies where they took a hammering in the local and European elections.

McHugh will run for the party in the new 5-seat Donegal constituency at the next General Election whilst Dinny McGinley retires.

Fine Gael lost ground in the local elections, with Cllr Noel McBride – a McHugh ally and former Mayor – losing his seat in McHugh’s own back yard.

He also took on Leo Varadkar after attempts to close Malin Head Coast Guard station were proposed and successfully lobbied to keep the facility open.