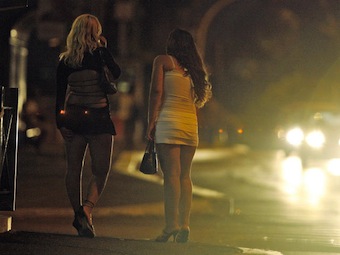 A prostitute boasted to Gardai how she had spent €200 on perfume just hours before they busted her brothel.

The two prostitutes were working in Letterkenny.

Ann Antonia Ramirez Bueno, 41, was one of two prostitutes who had arrived in Letterkenny, during the recent busy Donegal International Rally weekend.

The two women, from the Dominican Republic and Equador, had set up the brothel at an apartment at Larkin’s Lane.

When Gardai raided the brothel at 9.05pm on June 20th, they found one man in a state of undress.

The women admitted they were using the apartment as a brothel and said they were not being trafficked but were there of their own free will.

“They have been around,” commented Garda Inspector Goretti Sheridan referring to the foreign currency.

Inspector Sheridan added that Ms Ramirez Bueno from the Dominican Republic, had revealed she had spent €200 on perfumes that “saying how great it was how much she was making.”

Another woman Melaie De La Torre, 30, from Equador, also appeared before the court charged with knowingly allowing her premises to be used as a brothel.

He added that the women were working as prostitutes to raise money for their families back in Spain.

Judge Paul Kelly asked what the women had been living on since being released on bail since June 21st.

Judge Kelly gave each woman €250 to travel to Dublin and to get a flight to Spain within 72 hours.

He also ordered them to keep the peace for 12 months on their own bonds of €250 each.

PROSTITUTE BOASTED SHE WAS SO BUSY SHE HAD SPENT €200 ON PERFUMES was last modified: July 15th, 2014 by Stephen Maguire