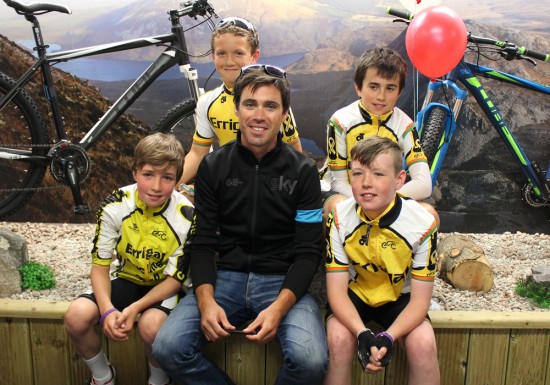 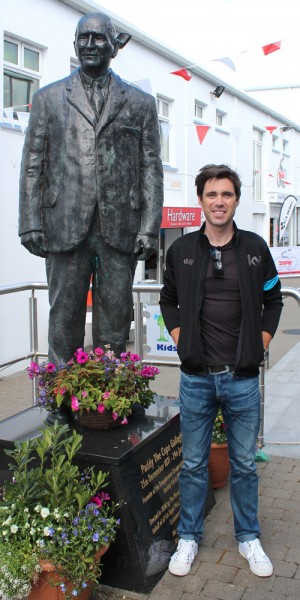 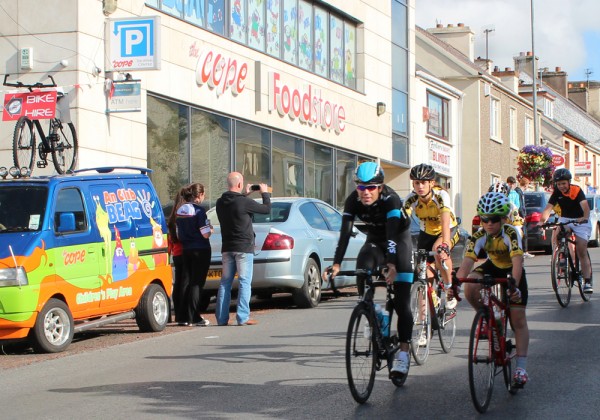 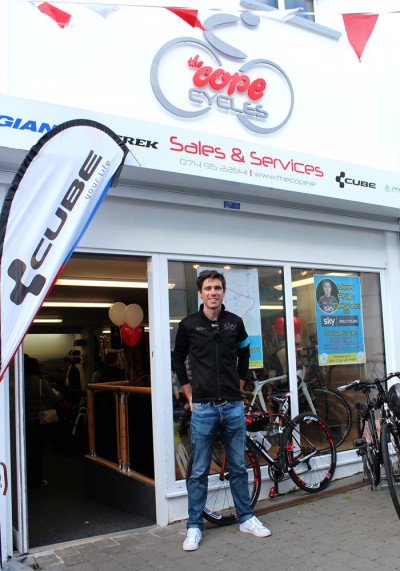 Letterkenny native Philip Deignan, who is a Professional Cyclist for Team Sky, recently visited Cope Cycles in Dungloe to meet with cyclists, both young and old to share advice on cycling and take part in leisure cycle.

Deignan is the first Irishman to ride in Team Sky colours and is now into his 10th year as a pro.

With six Grand Tour appearances to his name – including a stage victory and top-10 overall finish at the 2009 Vuelta a Espana.

2013 saw Philip excel on American soil, collecting a string of top results at the Tours of the Gila, California, Utah, and the USA Pro Challenge.

Philip is keen to encourage young riders to develop their cycling talents and show them that with hard work and determination you can achieve your dreams.

Philip visited Cope Cycles on July 4th and had a meet & greet session with both young and old to talk about cycling and youth development.

Philip then very graciously took part in a leisure cycle with all who had turned out to meet him.

Around the scenic roads of the Rosses, Philip rode with many junior cyclists, offering advice and encouragement to them, with many “older” cyclists looking for advice too!

Hopefully Donegal will produce many more cyclists of Philip’s calibre in years to come!