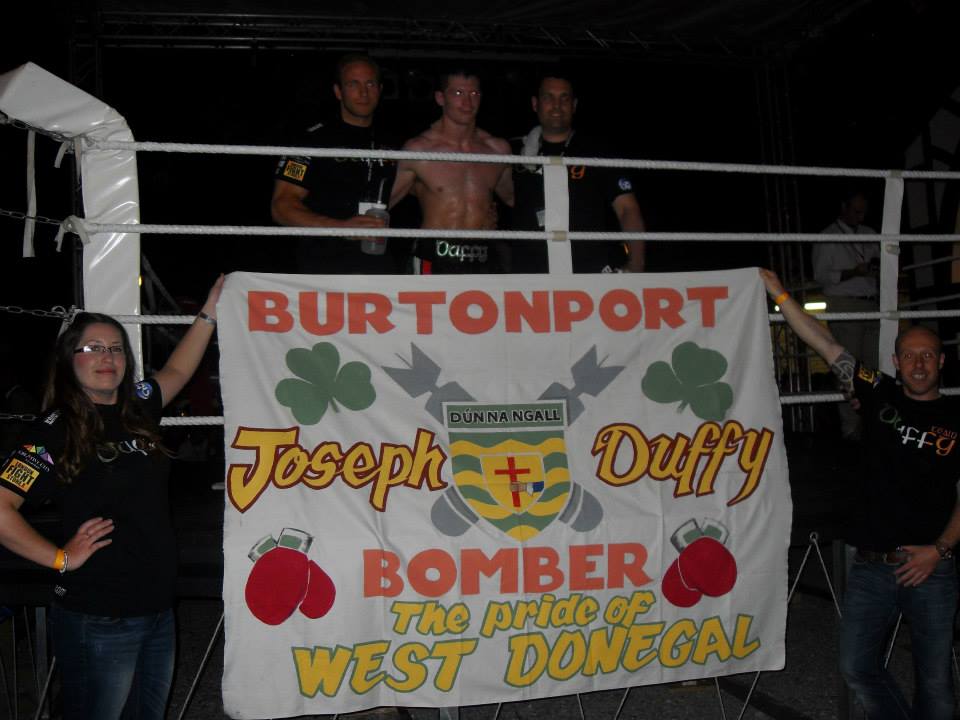 On the eve of Conor McGregor’s high profile UFC fight in Dublin this weekend, the last fighter to defeat him has reflected on the fight!

The man who put a blemish on his record was Burtonport fighter Joseph Duffy.

Duffy sensationally defeated the Dubliner after just forty seconds of the first round.

The careers of McGregor and Duffy have gone in different directions since that bout which took place in 2010 at the Neptune Stadium in Cork.

McGregor is now a UFC star and a household name in Irish sport, credited with putting UFC on the radar of sports fans here in Ireland.

While Duffy is currently preparing to re-establish his name in the sport having decided to quit professional cage fighting after growing disillusioned with the sport.

Duffy reverted to professional boxing and was convinced by James Tandy to try his hand at boxing.

His transition was smooth, with Duffy having a perfect 7-0 record in professional boxing.

However, Duffy’s first love and passion had always been for mixed martial arts combat and when he was offered the opportunity to return to cage warriors he decided it was too good an opportunity to turn down.

MMA fight fans were gutted when Duffy left the sport, but are delighted the Burtonport man, based in Wales has returned to the sport.

He makes his return to MMA on the 16th of August at the Helix in Dublin.

However on the eve of Conor McGregor’s fight tomorrow Duffy has cast his mind back to when he faced the talented Dubliner.

Duffy said, “To tell you the truth, I don’t know why they matched us up.

“I remember taking the fight and there wasn’t a whole lot of footage on Conor.

“I don’t know if there was an idea behind it, maybe they were testing the two boys that were tipped to go the whole way.

“Looking back now it’s surprising that the fight happened so early really.

Duffy admitted he knew little of McGregor but said he had seen him in action once in Letterkenny.

“I had seen Conor fight once in Letterkenny I think it was.

“I was meant to fight Tom Egan on the same show, but I did see him fight at the time but as far as the hype that was around him, I couldn’t say that I was aware of it to tell you the truth.

Duffy recalled how he was impressed with the Dubliners ability even though the fight lasted a mere forty seconds.

“Out of all the guys I fought, and remember that with a lot of them there wasn’t a lot of stand-up exchanges, he was leaps ahead of them as far as his boxing was concerned.

“I had never felt like that before, you know, out of my depth. I think it was in the second exchange he tagged me with a few shots and I was nearly admiring what he was doing.

“The timing was just perfect, it was beautiful.

On the fight itself, while McGregor looked the part initially he was brutally exposed by a ruthless Duffy.

“I remember it as clear as day. As soon as I hit side control, I relaxed and he held onto my neck just a little bit too long.

“I could hear John shouting in his corner, ‘release the neck’.

“Sometimes when you hit the ground you can be a little tense and hang on to things you shouldn’t, but straight away I attacked the arm and neck.

“As soon as I felt him holding the neck, he had it quite tight, I knew from there that the choke would finish the fight. I was going for that submission 100%, I knew it was on.

Duffy revealed McGregor was very gracious in defeat and wished Duffy all the best in his future career.

“After the fight he just wished me all the best with my career and I wished him the same.

“He was very gracious in defeat and to be honest, every time I’ve seen him he’s been a gentleman.

“I’ve got really good time for him.

Click on the video below to view the footage of the fight between Duffy and McGregor.