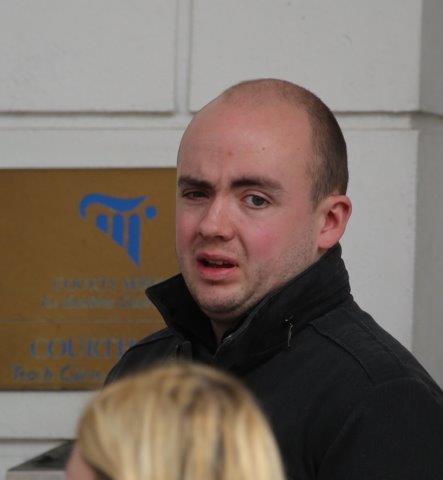 A ‘cunning’ thief who stole so much cash from the Donegal Animal Hospital it almost led to its closure has been fined €4,000 and jailed for 21 months, suspended for two years.

And the Letterkenny St Vincent de Paul is €4,064 better off after the victim of the swindle refused to accept the thief’s compensation, insisting it went to the charity instead.

Conor Byrne, 23, managed to by-pass the “world class” till system at the Animal Hospital in Lurgybrack, Letterkenny, Co Donegal between May, 2009 and December 2010.

Byrne, 23, was ‘editing transactions’ so it appeared that the takings at the practice were never out.

And although he faced 77 charges in relation to thefts totalling €4,064, the owner of the practice Gerard Roarty told Judge Paul Kelly that many multiples of that amount had gone missing.

During an emotional victim impact testimony at Letterkenny District Court, Mr Roarty said that profits at his veterinary practice had risen 1,000% the year after Byrne was caught and they’d been able to expand services to Gaoth Dobhair and Stranorlar.

He said he had six children and his brother five children – and they had numerous staff who relied on the business.

All of that had been jeopardised, he said, as money drained away from the business without anyone knowing why.

When suspicions arose, they were forced to begin searching other vets and farmers who were using the practice, believing medicines were being stolen. This had caused everyone huge anxiety, he said.

Some of the animal medicines were “lethal” and he was concerned they were getting into the wrong hands.

“Only for the excellent detective work of Garda Greg Regan we may never have gotten to the bottom of it,” said Mr Roarty.

Garda Regan had contacted VetSCOPE who operated the tilling system – which Mr Roarty said was “world class and supposedly impossible to crack” – at the hospital and Byrne, of Drumdoit, Castlefin, was interviewed.

He made a full admission when confronted about the thefts which amounted to €4,064.48.

Byrne’s solicitor Pat Fahey that his client had suffered a brain tumour and was hard of hearing.

He said that greed had got the better of him and the more he got away with the thefts, the more he carried on.

He said he was now a student at Sheffield University studying Radiotherapy and one of the reasons for that choice of subject was because he had suffered a tumour.

Mr Roarty said he did not believe the payment of compensation was sufficient for the thefts which had taken place and the trauma caused to a large number of people.

However Judge Kelly said he could only deal with the 77 charges in front of him and the €4,064 involved and that Byrne had cooperated fully with the probation service and had realised the impact of his crimes.

Looking towards Gardaí, Judge Kelly said however he was “surprised at the direction of the Director of Public Prosecutions” that the case was being heard at the District Court and not the Circuit Court.

He said Byrne’s first theft in May 2009 may have been opportunistic, but all the thefts after that through until December 2010 had been premeditated and cunning.

He also gave him concurrent suspended sentences totalling 21 months, suspended for two years, on two other charges, with the rest of the offences taken into consideration.

The court then heard that Mr Roarty was refusing to accept €4,064 by way of compensation from Byrne with Mr Fahey suggesting the money could go to animal charities.

However Judge Kelly said Mr Roarty should take the decision and the victim asked that the money go to Letterkenny St Vincent de Paul.

“That is very generous of you Mr Roarty,” Judge Kelly told him.