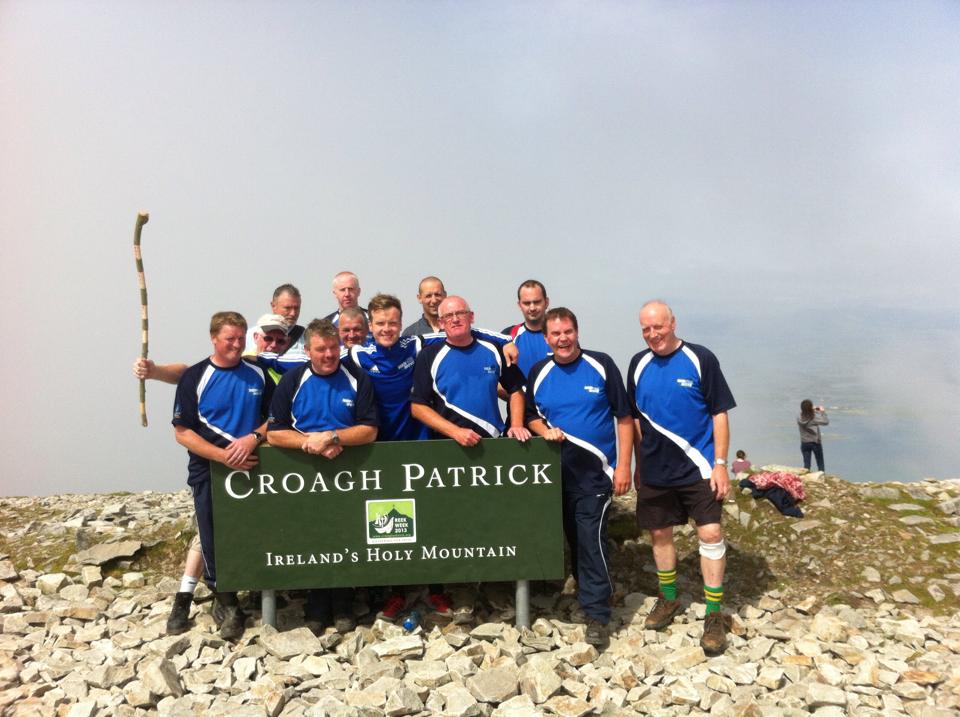 A DONEGAL Mountain Rescue Team member has been involved in an incredible series of rescues – whilst doing a charity climb in Co Mayo.

Dara McNulty was with the St Johnston Men on the Move group climbing who were in west Mayo and climbing to the top of Croagh Patrick.

But as they began to descend on Saturday, they came across TWO different medical emergencies.

“Dara was leading a group from the St Johnston Men on the Move to Croagh Patrick and when descending the mountain around 3pm they came by a lady with a very serious lower left leg injury,” said a DMRT spokesman.

“The middle aged lady was a Midlands visitor. Dara ascertained that the Mayo team had been tasked following a 112 call and were en route but perhaps an hour or more away. However, given the nature of the injury, and the certainty of a long stretcher haul, he decided to escalate the callout by calling a former team colleague, John McShane, a winch-man on Rescue heli 118. John, who was just going off duty, contacted Coastguard HQ at Malin and soon they were coordinating directly with Dara who provided Sat Map GPS co-ords, weather, wind and cloud cover data to Malin who promptly tasked 118 to the scene.

“Incredibly a short time later Malin reverted to Dara with another 999 incident which had just been called in from further up the mountain, a woman with a head injury, and asked Dara to locate, appraise and update.

“On finding the woman, on holidays from Yonkers, New York and ironically along with friends from near Manorcunningham, Dara was faced with a worse situation than earlier.

“The lady had sustained a serious head injury in a fall with a bad gash above the right eye. She was drifting in and out of consciousness and luckily Dara was carrying a full first aid kit and a foil blanket. He proceeded to dress the wound and luckily had the full assistance of a doctor who happened to be hiking the Reek also.

“Dara asked Malin to prioritise this casualty and shortly afterwards Rescue 118 dropped a winchman and stretcher to their location. The doctor suspecting possible c-spine or neck injury immobilised the casualty. At this stage the Mayo Team had arrived with the original casualty and both had to be stretchered off the cone, a long, slow and arduous job.

“Assistance was sought and provided by other able bodied hikers on the hill and both stretchers were brought to where 118 could safely winch the stretchers. They were seperately airlifted to full trauma team attention at Castlebar General Hospital where both are understood to be comfortable tonight.

“DMRT wish to congratulate our man of the moment for reacting in such a calm, professional and dedicated way when confronted with a dual crisis. Well done Dara!”