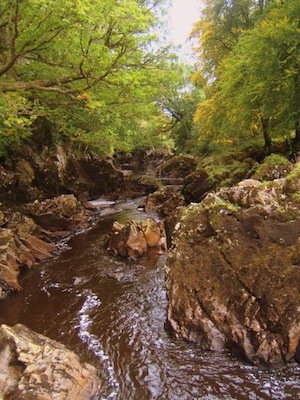 BREAKING NEWS UPDATED: Divers have recovered the body of a man who went missing when he fell into the River Finn at lunchtime today. 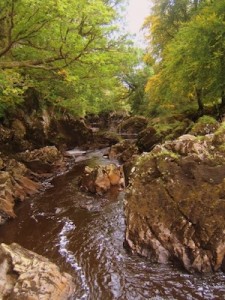 The well-knwon Salmon Leap at Cloghan where the young man has gone missing.

The man, who is understood to be in his 20s and from Letterkenny, was believed to be with a group of people when he fell into the water at a place known locally as The Salmon Leap at Cloghan near the Cloghan Lodge.

The young man is believed to have fallen into the well-known river at around 11.47am while fishing.

Gardai at Letterkenny alerted Malin Head Coastguard who scrambled the Rescue 118 helicopter from Sligo to take part in the search.

Local Gardai and divers are also taking part in the search for the man.

The rescue helicopter returned to base to refuel but was stood down a short time later.

Gardai and local divers searched the riverbank and heavy growth along the river.

There are also many deep holes in the river as deep as 30 ft.

However the man’s remains were discovered a time later but no details of the discovery have yet been released.

The man’s identity has not yet ben released.