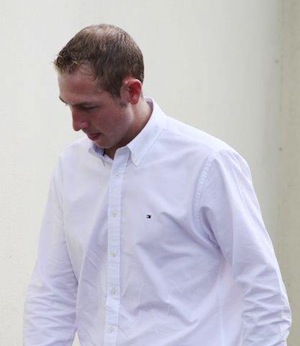 The Co Donegal man charged with dangerous driving causing the deaths of eight people in Inishowen in 2010 has sensationally pleaded guilty.

The trial of Shaun Kelly was due to begin today with defense barrister Peter Nolan saying it could last more than one week.

Kelly, 25, of Hill Head, Buncrana appeared at Letterkenny Circuit Court as did the families of those who died in the crash outside Clonmany.

Mr Kelly had initially pleaded not guilty to the charge shortly before 11m.

A jury panel of six men and six woman was then sworn in.

However when the case was due to commence, Mr Kelly asked to be re-arranged and changed his plea to guilty.

He ordered all the appropriate medical reports be carried out on Mr Kelly.

Judge O’Hagan then addressed members of the families who had come to court.

He told them “Something distressing but positive has happened and I hope it gives you some closure on the affair.”

He then informed them of Mr Kelly’s decision to plead guilty.

He then asked one member of each family to provide a victim impact statement to be presented in the future.

He also asked each family to nominate one family member to read out that report at a future sitting.