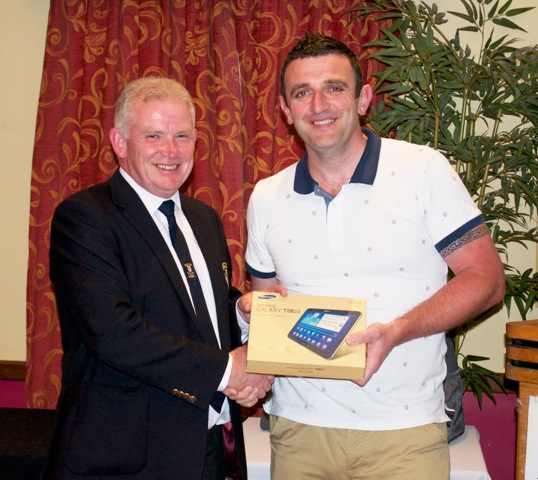 With over two hundred entrants competing for the most prestigious prize in any golf club, it was single figure handicapper Bryan Margey [7] who pointed the way to first place on the podium by winning the Mr. Tom Mc Donagh’s Captain’s Prize at Letterkenny Golf Club.

Strangely starting the back nine as the first with a bogey at 10th and also 12th, Bryan steadied the swing to birdie the treacherous par four 15th to return an inward nine of 37 shots and 20pts., signing his card for a magnificent score of two under gross 70 and no less than 45pts

With the biggest occasion of the members’ golfing calendar having taken place on Saturday last [CAPTAIN’S DAY], club members were delighted to hear that local investment consultants Con Friel & Co. have renewed their sponsorship of the golf club’s “greens flags”