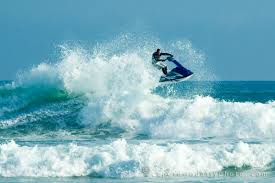 A COAST Guard team had to take to the water today as jet skiers and speed boat owners came within inches of swimmers on a popular beach.

As temperatures soared thousands of people headed for some of Co Donegal’s most popular beaches.

But some of them faced being seriously injured, according to eyewitnesses today.

A Coast Guard spokesman confirmed its Mulroy crew had to take to the waters off Downings today to speak to a jet skier and the owner of a speed boat.

“They were going far too close to swimmers along the shoreline,” he said.

One eyewitness, a visitor from the North, told us: “It was a fantastic day but there’s always someone around to spoil it for the rest.

“These people were whizzing through the water at high speed and coming far to close to the shore.

“Last year a wee boy was killed in County Down by someone on a jet ski. They are dangerous and shouldn’t be allowed anywhere near packed beaches like they were today.”

Local people who had gone to the popular beach said the incidents were unsavoury.

“We go down to the beach to relax and these people would give you a headache,” said a local mother of three.

“They are up and down in the water in boats and on those skis and they should just be banned. Simple as that.

There were also complaints of quads being used on other beaches – and rubbish dumped by visitors.

The Coast Guard also renewed its appeal for people not to take inflatables out into open water.