MAN CAUGHT WITH €22K OF CANNABIS IN GROW-HOUSE ESCAPES JAIL

A man who has turned his life around after being caught with €22,000 worth of cannabis in a growhouse at his home has been given a chance by a Judge. 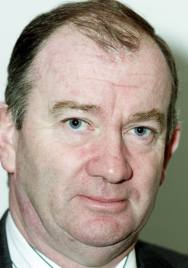 Donal Duddy of Lettermacaward was caught by Gardai with a complete grow-house for the plants at this home in January 2012.

Last year Judge John O’Hagan said he was giving the father-of-two a chance to impress him because he suffered form a heart condition and had the support of his family.

Gardai had initially caught the 44 year old with a small box of cannabis and €430 in cash as he drove towards Letterkenny.

The took him to Letterkenny Garda station and then traveled to his home in Lettermacaward.

When Gardai then raided his home they found an elaborate growing system in a shed at Duddy’s house.

A lighting and heating system had been set up and 47 plants were found at various stages of growth.

Duddy has also bypassed the electricity meter so not to alert the authorities of the high amount of electricity being used to power the lights.

Weighing scales, humidifiers, heat mats and bags were also found at his home.

Duddy told Gardai he had a heart problem and that is why he could not work.

He also liked to smoke cannabis.

Garda Meabh Logue said Duddy almost felt a weight lifted off his shoulders when he was caught and she did not think he would reoffend.

Judge John O’Hagan said he would normally pass on a two year prison sentence for ‘gardeners’ or people who helped grow the cannabis for bigger players.

However Judge O’Hagan said he was glad to see that Duddy had turned his life around and was now clean and had nothing to do with the drugs trade.

He sentenced him to two years on each charge but substituted the sentence for 240 hours community service.

He also ordered that the cannabis be destroyed.