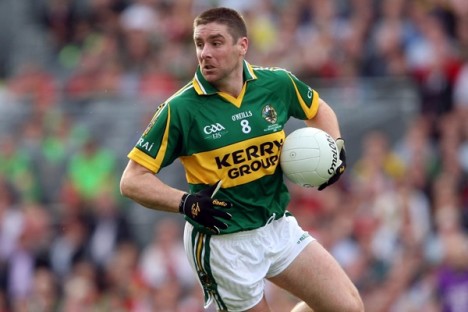 Donegal are destined to meet Dublin if both overcome their quarter-final hurdles.

It’s a match everybody in the whole country wants to see, and while Ó Sé says Dublin would still be favourites he believes Donegal are more than capable of doing it.

Ó Sé also believes Donegal are back at the level they were operating at in 2012, and securing the Ulster title last weekend against Monaghan showed 2013 was just a blip.

In his column with the Irish Times Ó Sé said, “You have to be impressed with Donegal on Sunday, they don’t rely on one or two stars they get you out of a hole, everybody knows their job to the letter.

“Dublin and Donegal can only meet in the All-Ireland semi-final now and they both have hurdles to jump before they get there, But if they do, I have no doubt that it’s a game Donegal are capable of winning. No doubt whatsoever.

Ó Sé believes the fact that many of the current Donegal side have a lot of mileage in the legs, they’ll realize this could be their last chance before the side breaks up.

“This is a real chance for Donegal now, the age profile of the team dictates their attitude.

“I’ve said it many times – the closer you are to the end, the less anything matters outside of gathering up another medal.

Ó Sé recalled how in 2008 his Kerry side were wrote off, but they regrouped and returned in 2009 to win another All-Ireland, Ó Se believes Donegal are doing the same.

“They know that they have a chance to get another All-Ireland in the bag before the team starts breaking up, and the likelihood is that they will have to go through Dublin to do that.

Ó Sé believes despite the beauty of Dublin’s attacking play, half the country will want to see them turned over.

“I saw a fella wearing a T-shirt in Dublin one day recently that said “Dublin 1916 – The City That Defeated An Empire”. Nothing about the rest of us, the Dubs did it all by themselves.

That’s the beauty of Irish life, half the country wants to see Dublin beaten – and if it takes the blanket defence of Donegal to do it, so be it.

“No doubt if Donegal end up winning it out in September then, we’ll all be crying for the Dubs to come back and save football again next year.

Donegal face the winners of either Armagh or Meath on Saturday August the 9th at Croke Park.

Donegal fans would relish an opportunity to face Dublin, and it certainly would make for one great occasion.