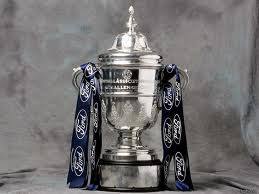 Harps head to Wexford in the 3rd round of the FAI Cup.

Finn Harps have been handed a difficult away tie in the 3rd round of the FAI Cup after being drawn to face Wexford Youths at Ferrycarrig Park.

Harps will make the long sojourn south to face Wexford on the 23rd of August.

High-flying Wexford are currently placed ahead of Harps in the First Division table and have been enjoying a fine season.

Finn Harps under the management of Peter Hutton defeated Wexford Youth in the FAI Cup last season at Finn Park 2-1.

Home advantage is traditionally crucial in cup competitions but Ollie Horgan will be happy his side avoided Premier League opposition and will be confident his side can advance.

If they can overcome Wexford they’ll book a place in the quarter-finals a repeat of the achievement of last season.

Last season Harps led Drogheda United with just minutes remaining when Drogheda equalized to bring the game to a replay.

Drogheda subsequently won the replay and reached the final at the Aviva Stadium.

Tonight, Harps travel to Tolka Park to face Shelbourne in what is a must win game for the Ballybofey club.

A win would keep their promotion hopes alive while a defeat would almost certainly end it.

Harps have only lost one in their last 10 and will be confident they can get a result, they’re in good form and are difficult to beat and Shelbourne will know how difficult the game will be tonight.

HARPS HANDED DIFFICULT AWAY TIE IN 3RD ROUND OF THE FAI CUP was last modified: July 25th, 2014 by Mark Forker