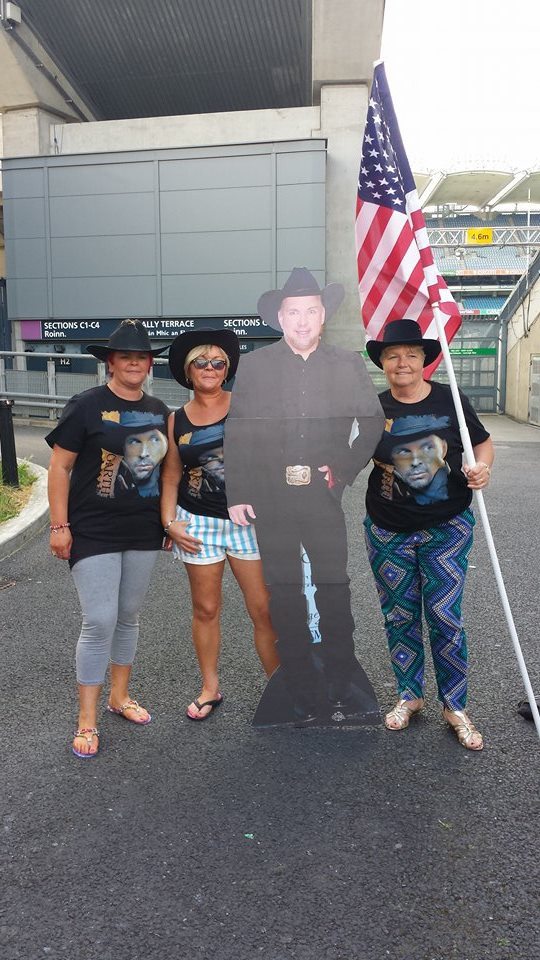 GARTH BROOKS SUPERFAN MAKES IT TO CROKE PARK – TO ‘MEET’ THE STAR!

DONEGAL’S Garth Brooks superfan Edel Kirwan Roulston has made it to Croke Park….but she had to make do with a cardboard cut-out of her hero.

Edel was one of many fans who couldn’t get tickets for the original show…months before the cancellation.

So Brooks called Highland Radio and promised tickets for Edel.

Alas it wasn’t to be (and we’re not going to go into why AGAIN!)

“There was no-one else to be seen,” said a sad Edel.

GARTH BROOKS SUPERFAN MAKES IT TO CROKE PARK – TO ‘MEET’ THE STAR! was last modified: July 28th, 2014 by John2