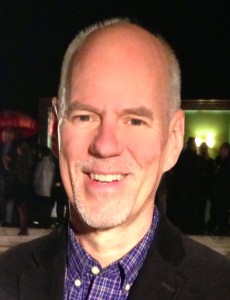 AN AMERICAN lawyer who moved to live in Malin Head to get away from the hustle and bustle of New York says he hopes to open a new legal office in Co Donegal.

Russell Smith walked out on his life in the Big Apple, and went searching for a new life on the west coast of Ireland.

He stopped at Malin Head, warmed to the locals – and they to him – and now wants to put something back.

He eventually returned to the law and now runs one of the biggest entertainment and legal firms – with plans for 75 jobs in Derry.

But Mr Smith says he is hoping to open a second office – in Letterkenny.

““I planned to be somewhere remote (in Malin Head) but people kept knocking on the door and I found myself doing more socialising than I would ever have done back in New York,” he says.

Smith says his company SmithDehn is close to choosing its Derry offices but he says the firm may also now open a second office in Letterkenny.

It’s thought the CoLab at LYIT is one of the options under consideration.

Taoiseach Enda Kenny cut the sod on a major expansion of the CoLab two months ago.

Attracting a company like SmithDehn to Letterkenny would be a major jobs boost – but also a major boost to the growing Tech and Media sector in the town.

AMERICAN LAWYER WHO MOVED TO DONEGAL TO GET AWAY FROM IT ALL SET TO CREATE JOBS HERE was last modified: July 30th, 2014 by John2