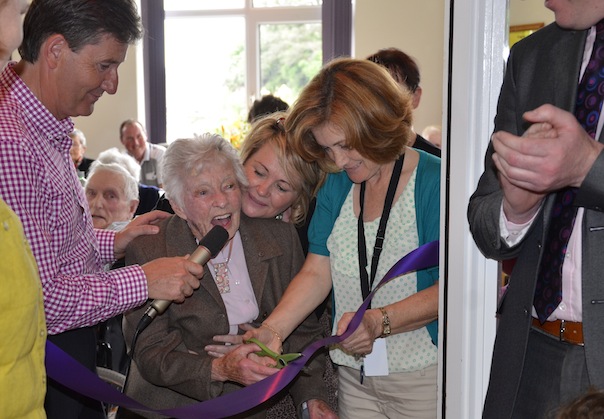 Madge O’Donnell cutting the ribbon assisted by Sue Islam, Director of Nursing at Dungloe Hospital on the right and Daniel O’Donnell on the left.

The funding for the refurbishment of the sitting room was sponsored by Supervalu Dungloe who raised a total of €6,300. 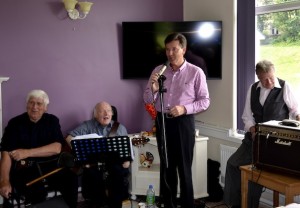 The new refurbishments have lent a bright and airy feel to the sitting room and it provides a space for the residents to relax in a comfortable, homely environment.

The oldest resident in the hospital Madge O’Donnell, who is 97 years old, did the official honour of cutting the ribbon.

A Jiving demonstration was given by local children Zara O’Donnell and Dayna Dixon.

A thoroughly enjoyable afternoon was had by all residents, their families and the staff of Dungloe Community Hospital.

The HSE and Dungloe Community Hospital would like to extend their heartfelt thanks and appreciation to Supervalu Dungloe. 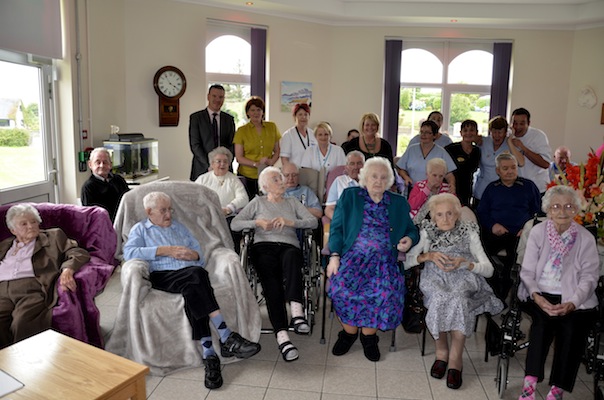 Residents and staff in the newly refurbished ‘Rosses Sitting Room’.