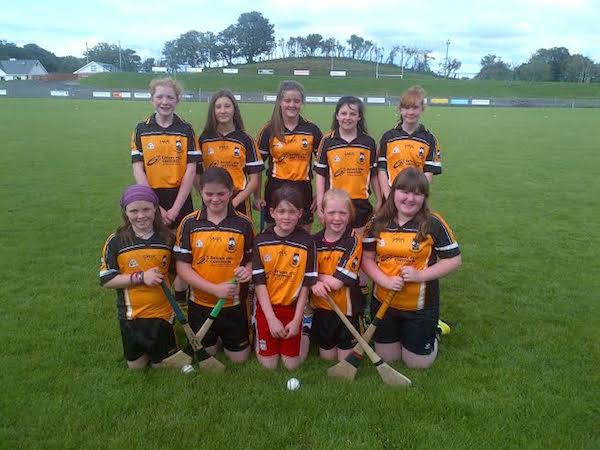 IT’S a game which has, perhaps, played second fiddle since the emergence of Ladies Football, but anyone lucky enough to have been in Donegal Town this evening would have been blown away by the camogie teams of St Eunan’s and Four Masters.

The two clubs – plus Burt and Carndonagh – are playing in a competitive U14 league this year.

Some other clubs were unable to field teams unfortunately.

But that hasn’t stopped the four clubs working hard on a sport which is a joy to watch.

And this evening in Donegal Town hosts Four Masters just edged out St Eunan’s on a score of 6-00 to 5-01.

There were plenty of goal line scrambles, great fielding and solos galore.

However the moment of the game was surely when St Eunan’s Maria Kealy plucked a clearing sliotar from the air 20 metres out before returning it bullet-like to the top right hand corner of the Four Masters net.

It was a wonderful display across the hour by both teams and a timely reminder of the glorious sport that is camogie.

* If you have a daughter interested in taking up camogie, you can contact your clubs at Burt, Carndonagh, Four Masters and St Eunan’s.