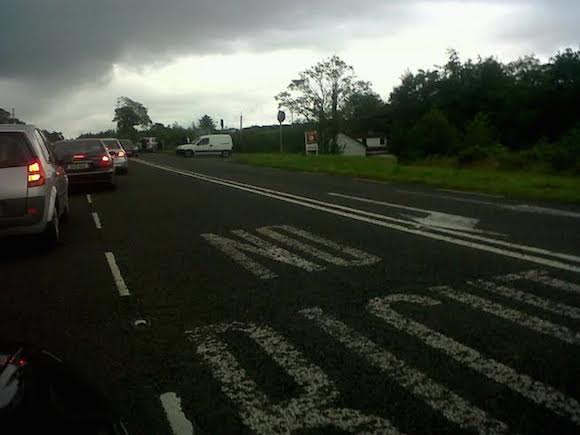 TWO ambulances are at the scene of a two-car collision on the outskirts of Letterkenny.

Two vehicles collided at Ballaghdearg, between Mountain Top and Illistrin, shortly before 11am.

The incident took place close to a turn-off where a wake was taking place.

The vehicles – one with a northern registration and one Donegal registered people carrier – were badly damaged.

Drivers of both vehicles were being helped and comforted by other motorists whilst waiting on the ambulances.