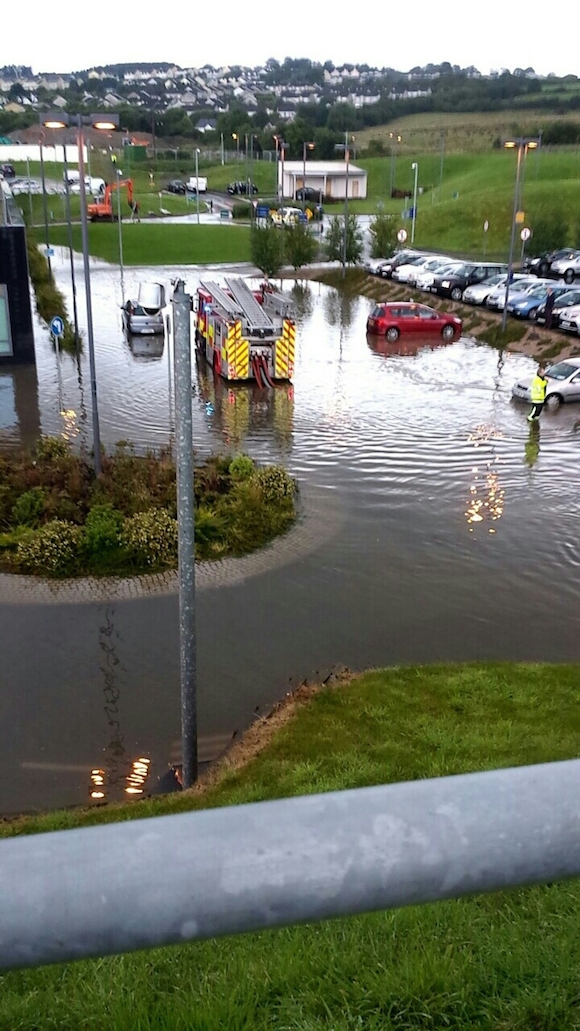 The scene this evening in the car park at the Emergency Department donegaldaily.com

LETTERKENNY Hospital was flooded again, the HSE has now said, but it’s not as bad as last year.

“After torrential rain in the Letterkenny area earlier this evening, there has been some flooding at Letterkenny General Hospital,” said a sombre Letterkenny Hospital spokesman.

“Patients already in the Emergency Department and hospital inpatients have not been affected.

“To expedite the clean up, the Emergency Department has gone off call until midnight after which it is expected full services will be restored.

“As the Emergency Department is inaccessible due to external flooding, patients are being asked to attend their GP or Nowdoc or to go to Sligo Regional Hospital or Altagelvin.

“The emergency services are at the scene,” he added.