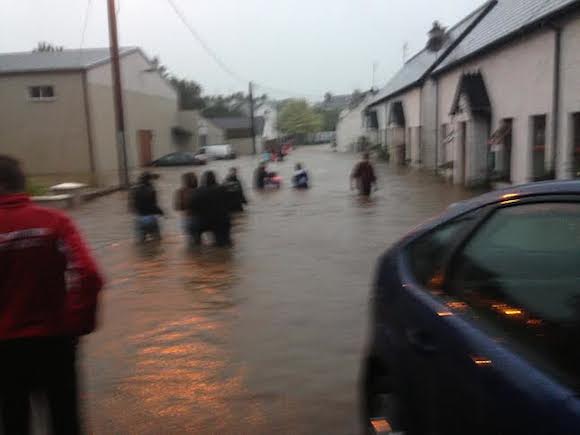 Ramelton town band members had to rescued by locals as the banks of the river burst and flooded the Ramelton community centre this evening.

The children are now safe after their terrifying ordeal.

Local people have been praised for their quick-thinking rescue efforts as the community came together to help.

However a great deal of damage had been done to the centre and surrounding houses.

Mud, sewage and sludge has poured into homes after the disaster.

“There’s never been anything like this in living memory.”

The flood waters in Ramelton after the Lennon burst its banks. Donegaldaily.com