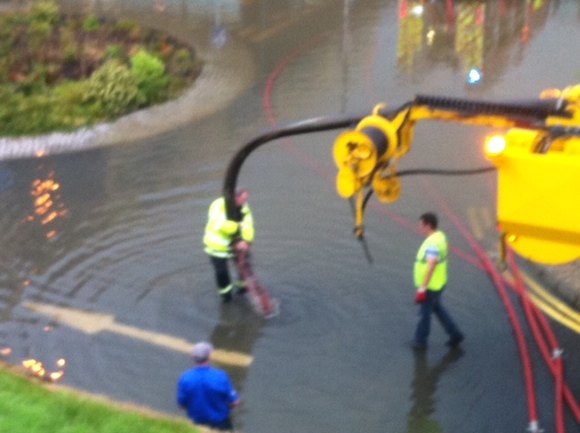 TD: WE NEED AN INQUIRY INTO FLOOD DISASTER

DONEGAL TD Padraig Mac Lochlainn has tonight called for a public inquiry into the latest flooding at Letterkenny General Hospital.

Speaking at the scene of the latest catastrophe – in which flood waters once again seeped into the new €25M Medical Block – Deputy Mac Lochlainn said he was shocked to see the disaster unfold.

“The A& E and new block has been flooded again,” said the TD.

“I want to say thanks to the tremendous response of the staff and emergency services.

“The damage is not as bad as last year’s flooding. But there are serious questions again on the design and build and a public enquiry is needed.”