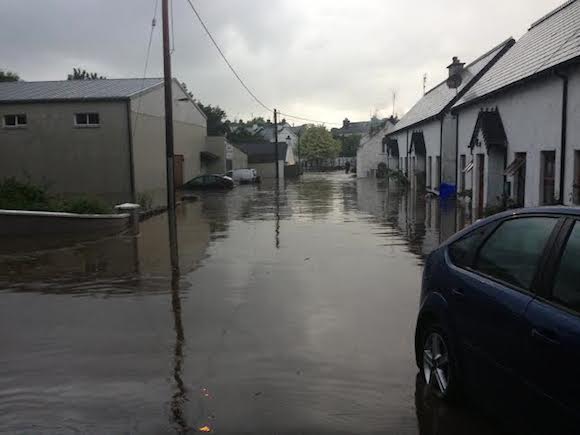 CLEAR-UP UNDER WAY AS HOMES RUINED

The scene in Ramelton Pix Angela McFadden for donegaldaily.com

DOZENS of homes in Ramelton and Letterkenny were ruined in last night’s floods.

Millions of gallons of water flooded into the area during two hours of intense downpours.

In Ramelton the town’s young band members had to be rescued from the local community hall as the Lennon burst its banks.

Many homes in the area were destroyed by mud and water from the thunder storm.

In Letterkenny too, gardens and homes were flooded, with families in both towns forced to move out for the night.

Things were just as bad in rural areas.

Families in Ballyare found sandbagging their driveways didn’t work as rivers and streams burst their banks and sent torrents of water into homes.

But many people will have lost irreplaceable items during the monsoon-like downpour.

CLEAR-UP UNDER WAY AS HOMES RUINED was last modified: August 6th, 2014 by John2