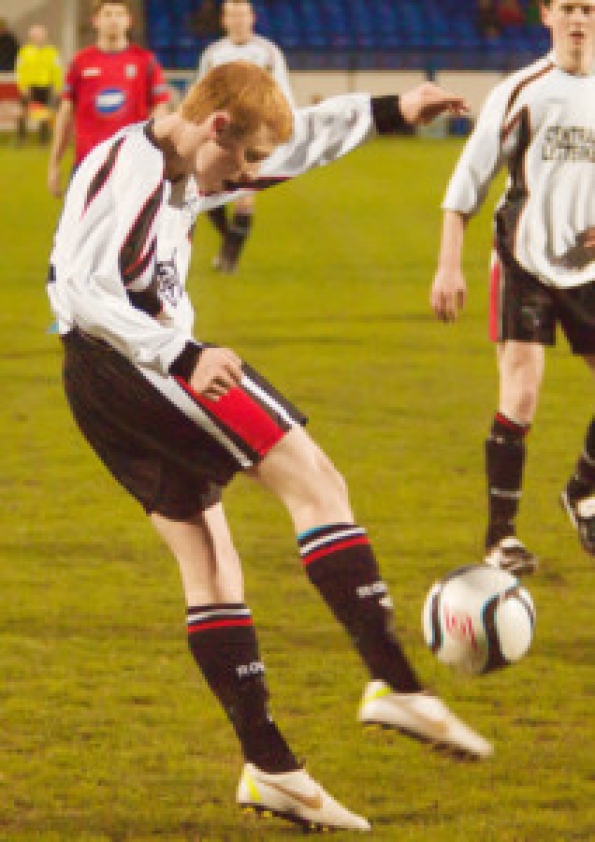 Gorman in action for Letterkenny Rovers before he departed for Stevenage Borough last summer.

Dale Gorman scored his first goal for the Stevenage first-team against St.Albans on Monday night and in doing so capped a remarkable week for the young Letterkenny man.

Last week Gorman was at the centre of a storm, he was kicked in the head by a Mexican player during an international fixture at The Milk Cup between Northern Ireland and Mexico.

The clip received national attention, and IFA authorities came down hard on both sides for the mass brawl that brought unwanted negative attention to the popular competition.

Gorman wasn’t badly injured despite the vicious kick, and the tough midfielder played in the rest of the competition for Northern Ireland.

He’s progressing well at Stevenage and this was evidenced further on Tuesday night when he scored a cracking goal against St.Albans in a pre-season friendly fixture.

Gorman will be hoping he can break into the first-team on a regular basis during the forthcoming season ahead.

They say a week is a long time in football and in the case of Dale Gorman, it’s a very true statement.