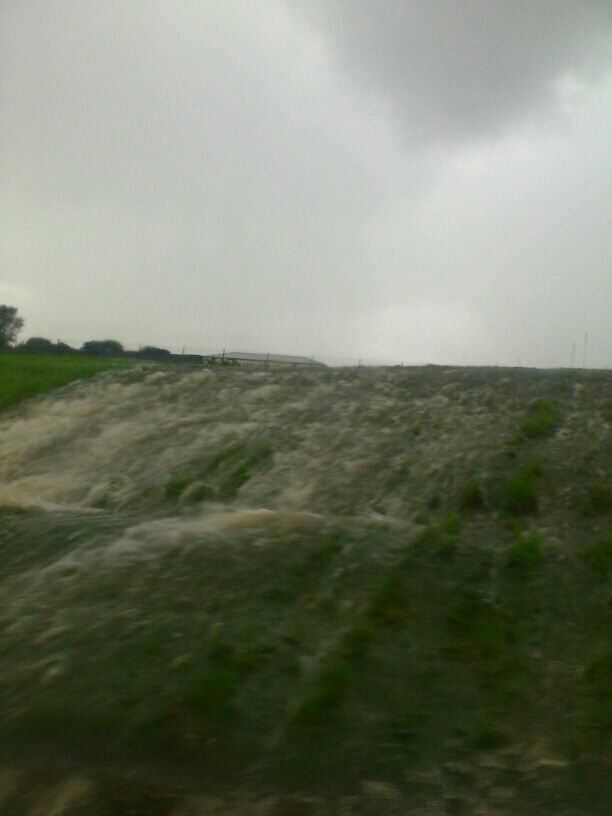 The moment thousands of gallons of water came flooding into the carpark of Letterkenny General Hospital. Pic copyright Donegal Daily.

PICTURE EXCLUSIVE: This is the moment thousands of gallons of water was send gushing down into Letterkenny General Hospital sparking the latest flood alert.

The wall of water is pictured cascading down from nearby Errigal College and across fields towards the A&E department.

The torrent of water sparked the massive emergency response which saw Gardai, the fire services and sanitation trucks rushing to the scene.

The flooding at Letterkenny General Hospital.

It was originally thought the water came rushing in from the main road.

But our exclusive picture shows how the water came rushing down from the nearby secondary school.

The incident resulted in the hospital being shut down for three hours.

Frontline hospital staff were praised for reacting quickly and sandbagging the entrance to the A&E department preventing another major disaster at the hospital.

Health Minister Leo Varadkar has promised a full investigation into the latest flooding which came a year after last year’s flood which resulted in a €40M repair and renovation of the hospital.