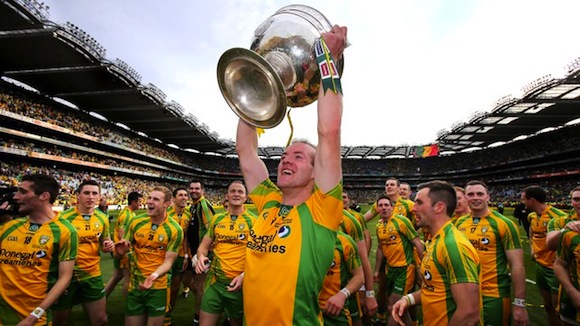 The sandwiches are made. The jerseys are ironed and the diesel is in the car. Let the journey begin!

Are we ready to dream again?

More than 20,000 Donegal fans head to Croke Park today for the serious end of the All-Ireland championship.

It’s ‘do or die’ for Jim McGuinness’ men as they look to dispose of fellow Ulstermen Armagh and book a place in the last four of this season’s campaign.

After last year’s disappointing knockout by Mayo, Michael Murphy and company have bounced back to prove they are no one-hit wonder.

But a defeat at this stage is unthinkable as Donegal dare to dream once more.

Jim McGuinness can pick from a fully-fit squad which has been given a fresh injection of life from the likes of Odhran McNeilis, Darach O’Connor and Ryan McHugh.

Add to that a new-found belief by the likes of Frank McGlynn and Karl Lacey, and things are coming nicely to the boil.

Armagh will come to Croke Park trying to play a similar game to Donegal with a short kick-out.

But it will be difficult to play the masters at their own game.

That said, Donegal will need encouragement from every one of the 20,000 faithful supporters making the journey to GAA headquarters later today.

JIM’S ARMY DESCEND ON CROKER AS SEARCH TO REGAIN SAM HOTS UP was last modified: August 9th, 2014 by Stephen Maguire