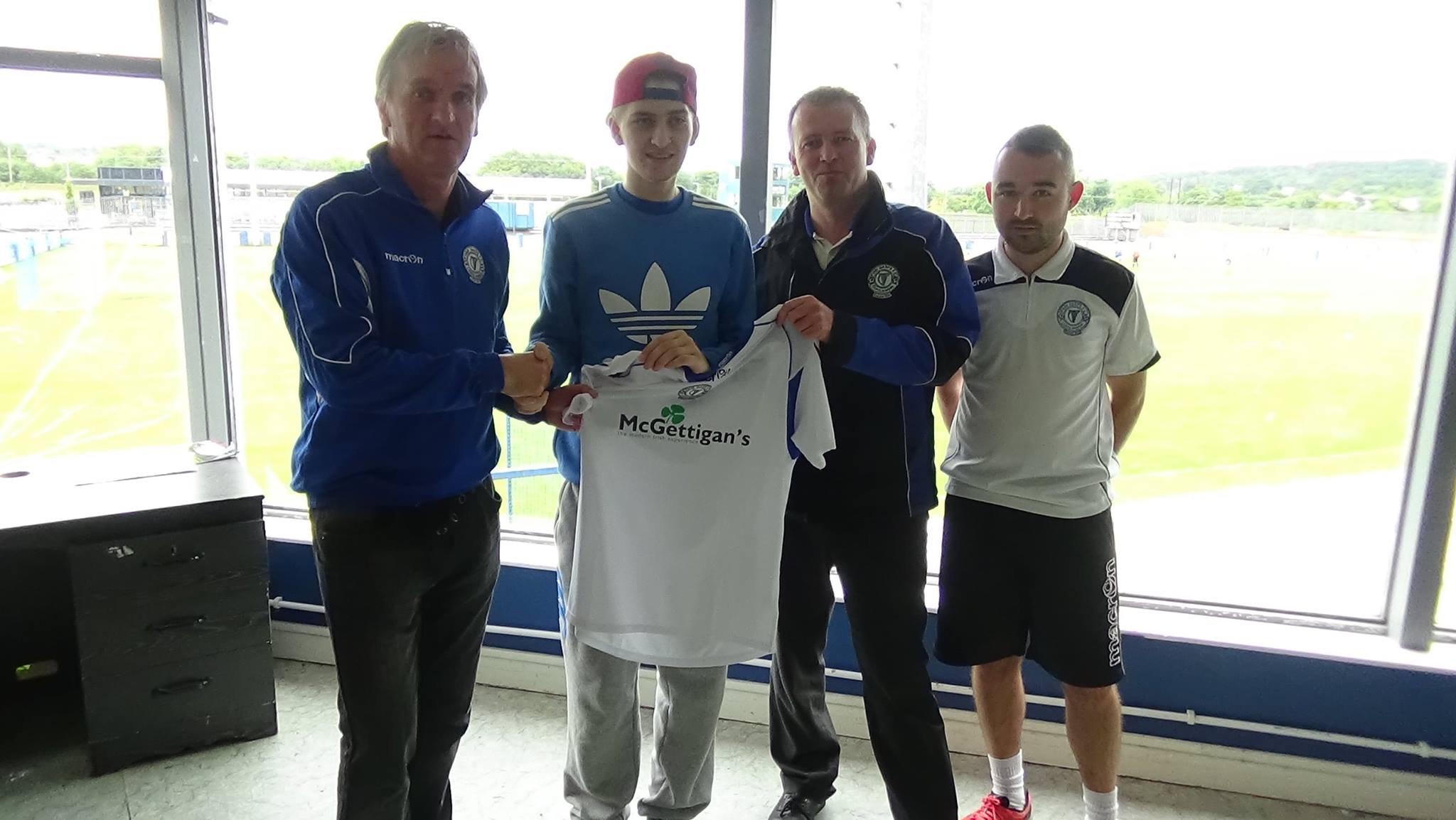 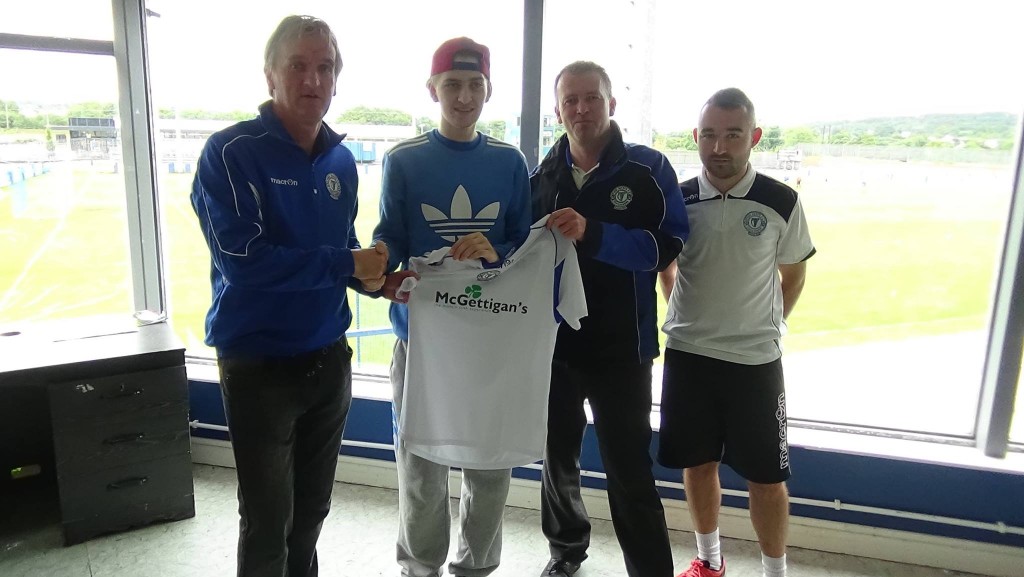 Oisin is welcomed home to Finn Park by Ollie, Shane & Aidan as he came to support his USL team-mates today.

Finn Harps U19 star Oisin Merritt made his long awaited return to Finn Park earlier this afternoon for the USL clash between Finn Harps and Bonagee United.

Oisin had played for the Finn Harps reserve side several times earlier this season, before he suffered a serious injury while holidaying in Santa Ponsa in June.

Doctors were astounded by Oisin’s miraculous recovery and continues to get stronger since returning to Ireland last month to begin his rehabilitation.

On Friday, Michael Murphy and Neil Gallagher visited him for a kick about before heading to Croke Park for yesterday’s All-Ireland quarter-final victory over Armagh.

Oisin posted on his timeline on Facebook, “Me and the two main men out for a kick about, what a visit that was. Absolute gentlemen!

His day then got better when doctors allowed him to return home for the weekend.

Today, players and management at Finn Park were absolutely delighted to see Oisin return to Finn Park to cheer on his USL teammates.