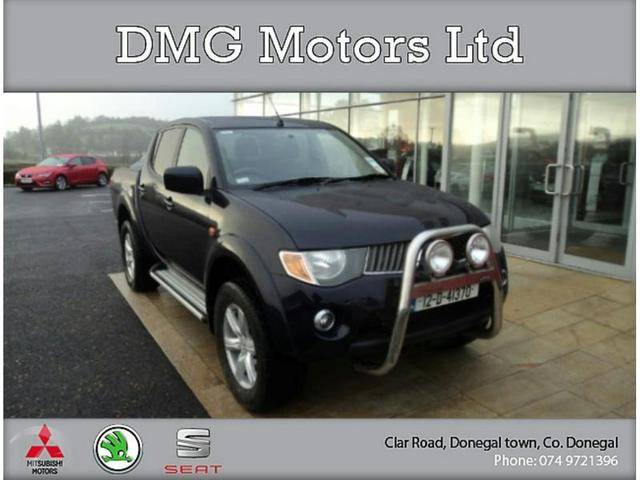 The owner of a top-of-the-range jeep stolen from Donegal Town yesterday morning, has expressed his delight after it was found this afternoon in Letterkenny.

The Mitsubishi L200 Crewcab, which belongs to DMG Motors is worth more than €20,000, and was taken in the early hours of yesterday morning.

The jeep was last seen in Burt at around 5.40am yesterday and was believed to have ben driven across the border into Derry.

Gardai are working on the theory that the jeep was used in a number of attempted break-ins in the Killybegs area.

It may have also been used to trasnport stolen equipment into Derry, offloaded and then abandoned in Letterkenny.

Rory McGinty of DMG Motors thanked Donegal Daily for issuing an appeal on their behalf earlier this morning in which the owner of the vehicle offered a reward for the return of the jeep.

“We are just delighted that we have it back and that it is not damaged. We want to thank Donegal Daily and the public for keeping an eye out for the jeep,” he said.

He has also thanked the general public for being so vigilant in spotting the stolen jeep in Letterkenny earlier this afternoon.