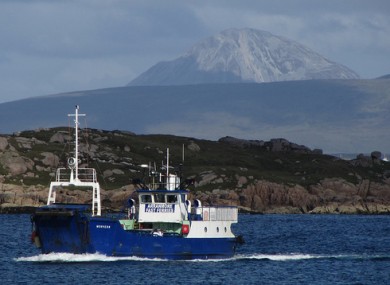 HUNDREDS STRANDED ON ARRANMORE ISLAND AS ALL FERRY SERVICES CANCELLED 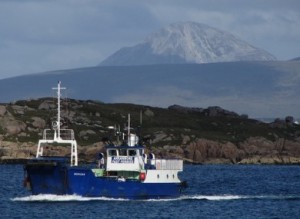 All Ferry services to and from Arranmore Island have been suspended due to the adverse weather conditions currently battering Donegal.

MORE THAN one hundred people have been left stranded on Arranmore Island, as local ferry companies suspended their service due to the adverse weather conditions.

Gale force winds have lashed the Donegal coastline, and a combination of high seas coupled with high winds made the ferry crossing from Arranmore to Burtonport too dangerous to undertake.

The decision has left over 100 hundred people ‘stuck’ on the island, locals have rallied to help those stranded to get temporary accommodation for the night.

Island spokesman Jerry Early told Donegal Daily that those stranded wanted the information to be made public so they can verify with work that their genuinely stuck on Arranmore Island.

Early said, “All ferry services have been cancelled due to the terrible weather, the short crossing is just not safe to partake in these conditions and the correct decision was made.

“Unfortunately it has left over one hundred people stuck out here on the Island, and many had to get off the Island to get back for work tomorrow morning.

“At this time of the year you wouldn’t imagine the weather being so bad, that such a decision would be made, but unfortunately it has and it has left people in a pickle.

“The weather is to settle and calm during the night, and we’re hopeful those stranded will be able to leave the Island first thing in the morning.

“For the time being they’re being sorted with accommodation for the night.

That’s the Irish summer for you.