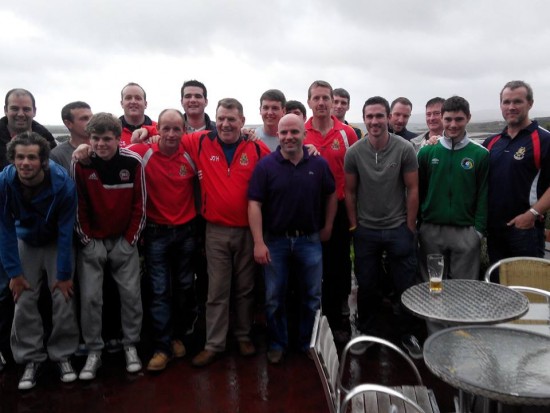 Dungloe are on course to emulate the Arsenal side of 2004, after the unbeaten Rosses men were crowned All-County League Division Two champions earlier this afternoon.

Dungloe defeated St Naul’s on a scoreline of 2-7 to 2-3 to win the league title.

The victory ultimately means that Dungloe will sample top-flight football again next year for the first time since their relegation in 2012.

Dungloe under the stewardship of former Donegal legend Tony Boyle have enjoyed a superb season.

Dungloe are deserving champions have been excellent and consistent all year.

They’ve also blooded a number of their minor stars into the side this season, and they’ve made a positive impression which bodes well for the future.

A credit to their consistency is the fact is that so far they’ve remained unbeaten all year.

Manager Tony Boyle is a big Arsenal fan, and he will be hoping his side can emulate the Arsenal ‘Invincibles’ side of 2004 and remain unbeaten in the league for the entire season.

With promotion wrapped up, Dungloe can now focus their attention on facing Gaoth Dobhair, Termon and Killybegs in the Donegal SFC.