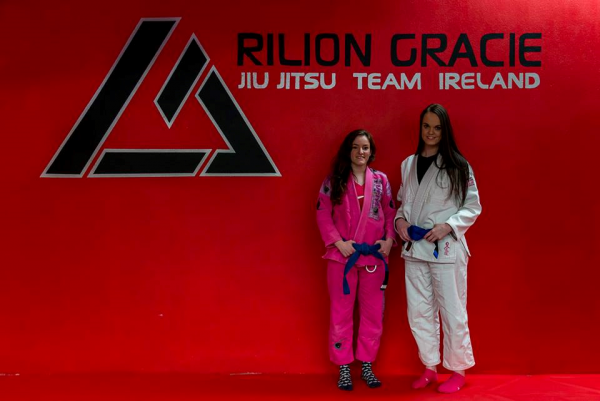 Two Donegal Jiu-Jitsu competitors Katie Sweeney and Mairead Coyle are preparing for their next fight by heading to Amsterdam for an intensive three-day training camp.

The girls will be exposed to top-class training over the three-day period from a series of revered teachers from the world of Jiu-jitsu.

It is expected that fifty other girls from all over the world will also attend the high profile camp.

The camp will help prepare both Donegal girls for their upcoming fights in the third leg of the Brazilian Jiu-Jitsu League.

The competition will be held at the Radisson Blu Hotel, in Letterkenny on Sunday the 14th of September.

The girls fight out of the Rillion Gracie academy in Letterkenny, and are taught by Brian Coyle.

Katie Sweeney spoke to Donegal Daily about the forthcoming trip to Amsterdam, and said she was both excited and nervous about the training camp.

Katie said, “It’s a fantastic opportunity for me and Mairead to learn the arts of Jiu-Jitsu from some of the most revered teachers in the whole world.

“It’s going to be an intense camp, but I can’t think of a better way for us to prepare for a fight.

“Over fifty girls are expected to attend from all over the world and that just shows you how highly revered the teachers are that so many want to attend the camp.

“We’re both excited about the opportunity to get to train with and learn from some of the top BJJ females in the world.

“We will get the opportunity to grapple(spar) with these girls from different BJJ ranks which will really test our skills.

“It’s going to be a great experience, and we will learn so much from it.

The camp in Amsterdam runs from the 22nd-24th of August and the girls will receive expert advice from Yasmin Sewgobind, 2013 European Black Belt Champ.

Also in attendance at the camp will be Yasmine Wilson, part of the International Brazilian Jiu Jitsu Federation World Championships at brown belt featherweight, now black belt, plus Jen Flannery- Brown Belt and Female head instructor of BJJ in the USA.