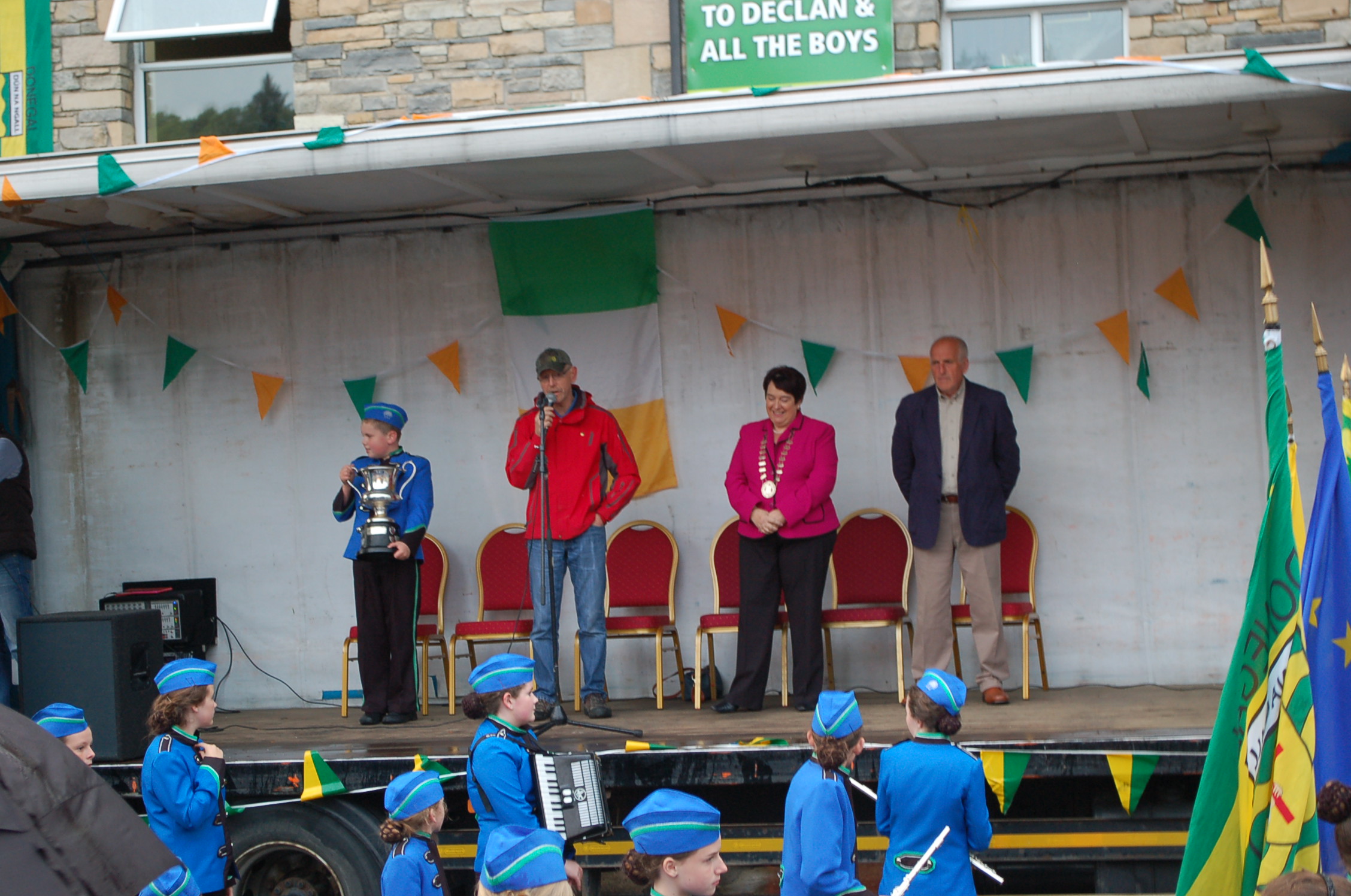 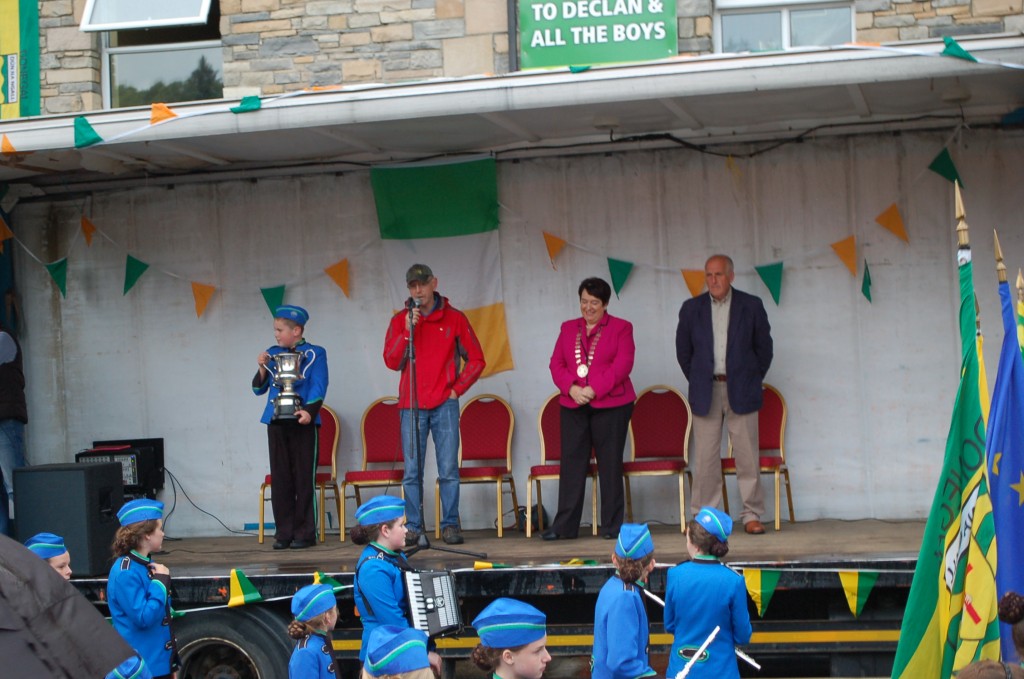 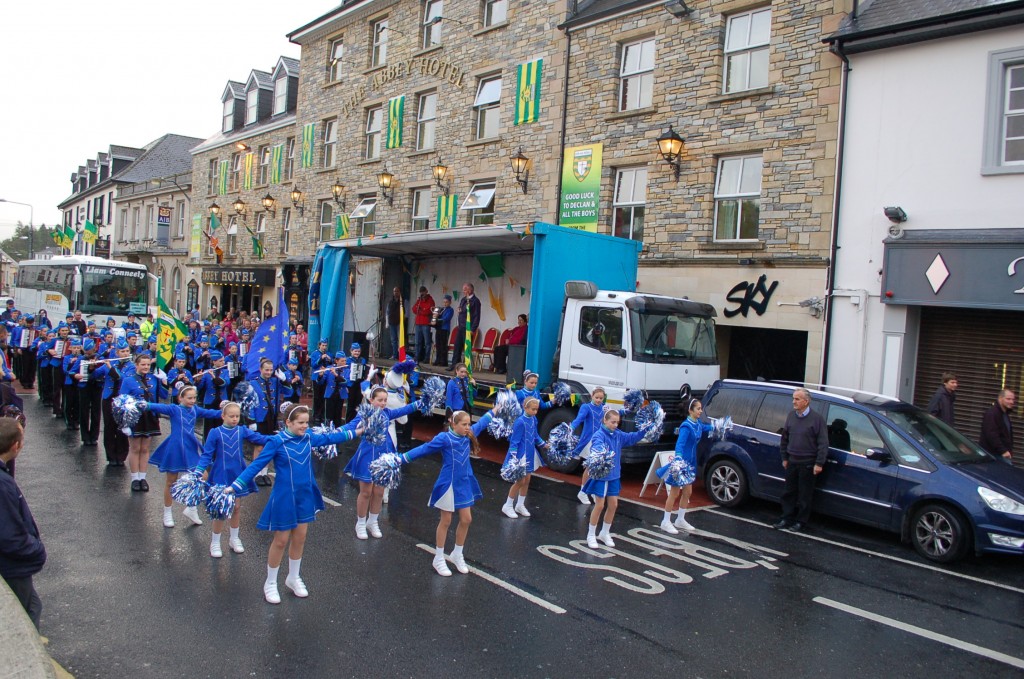 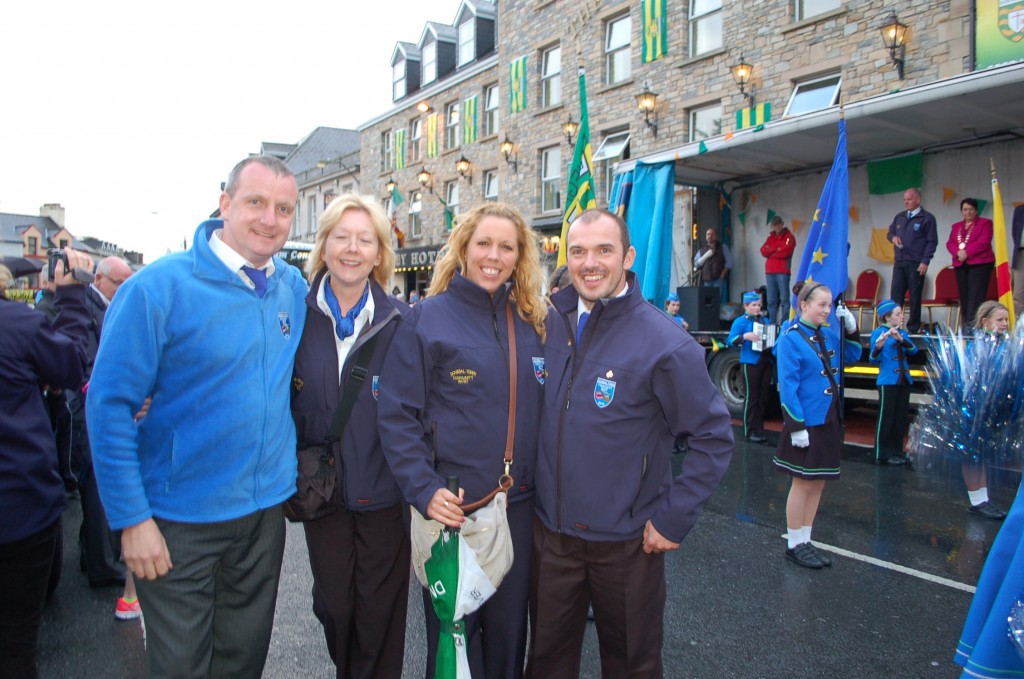 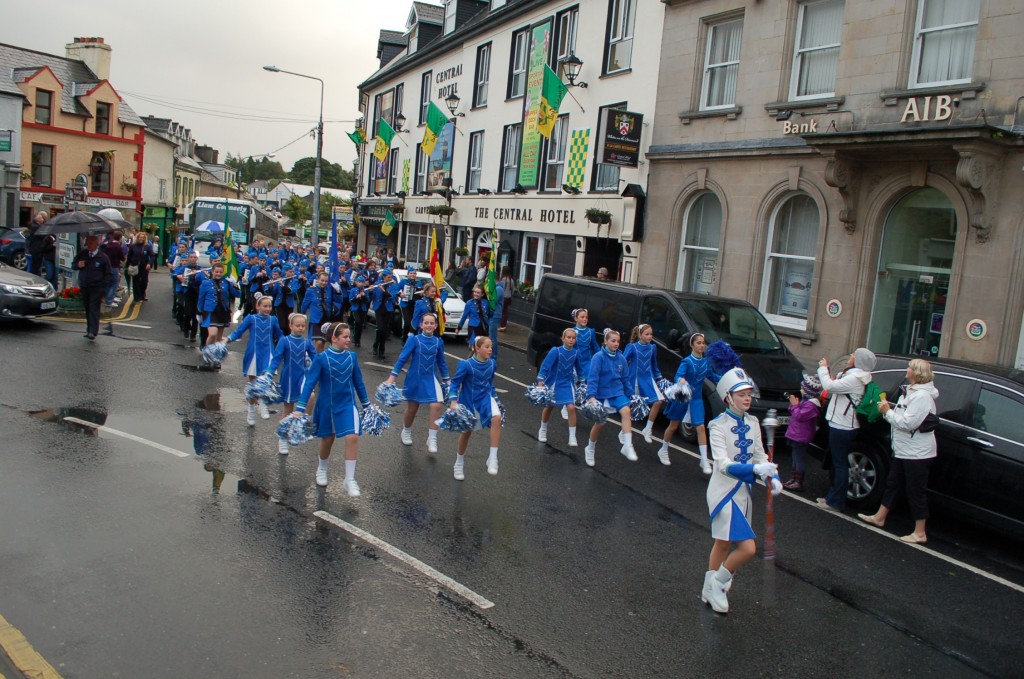 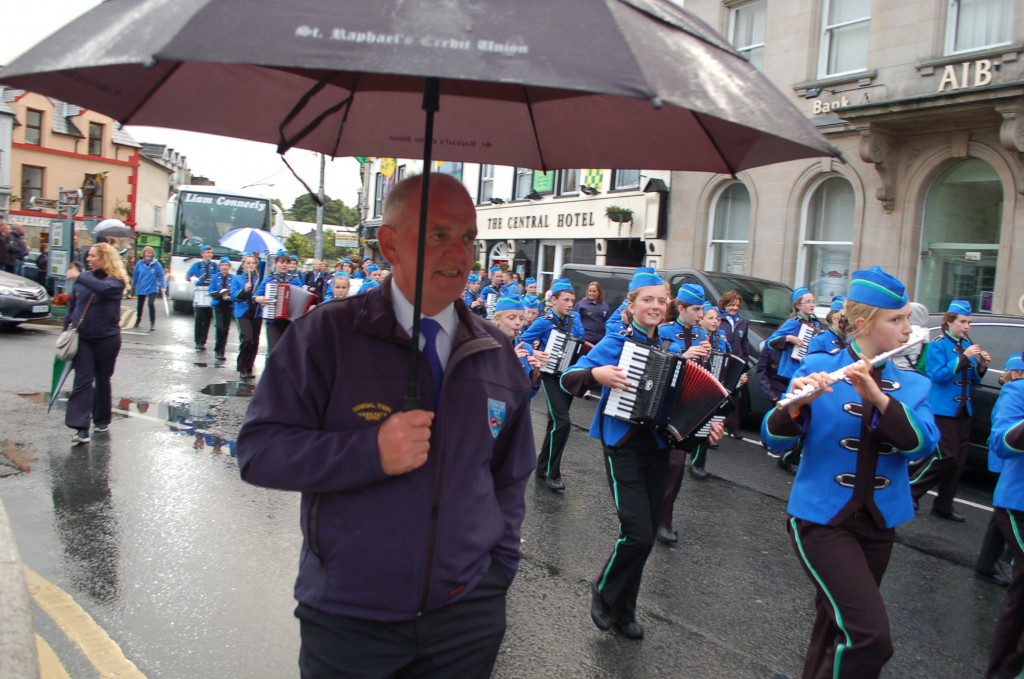 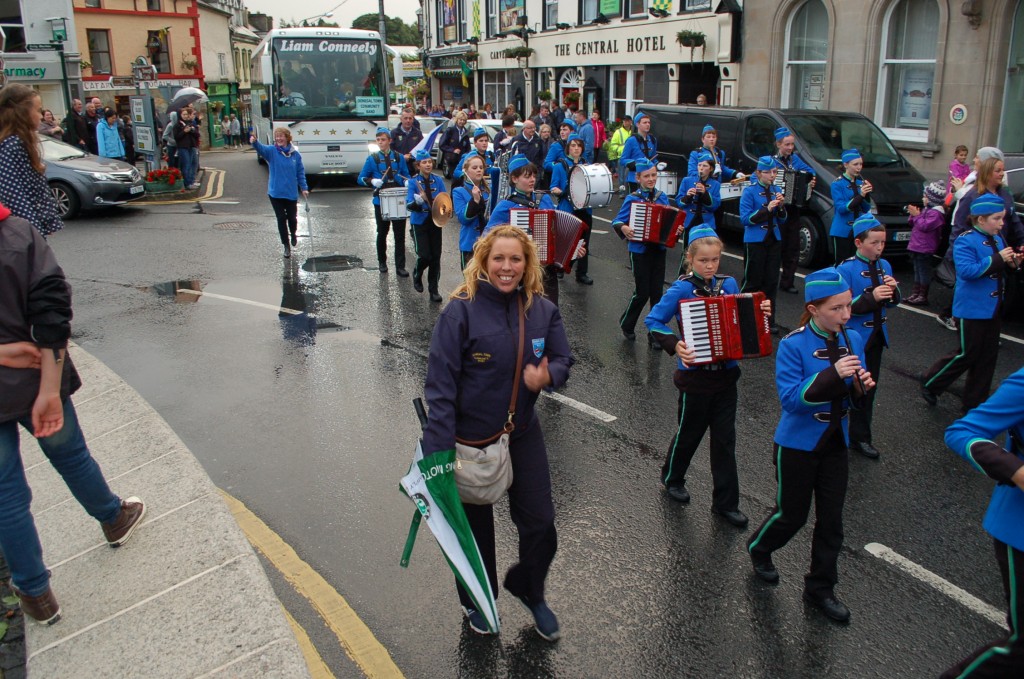 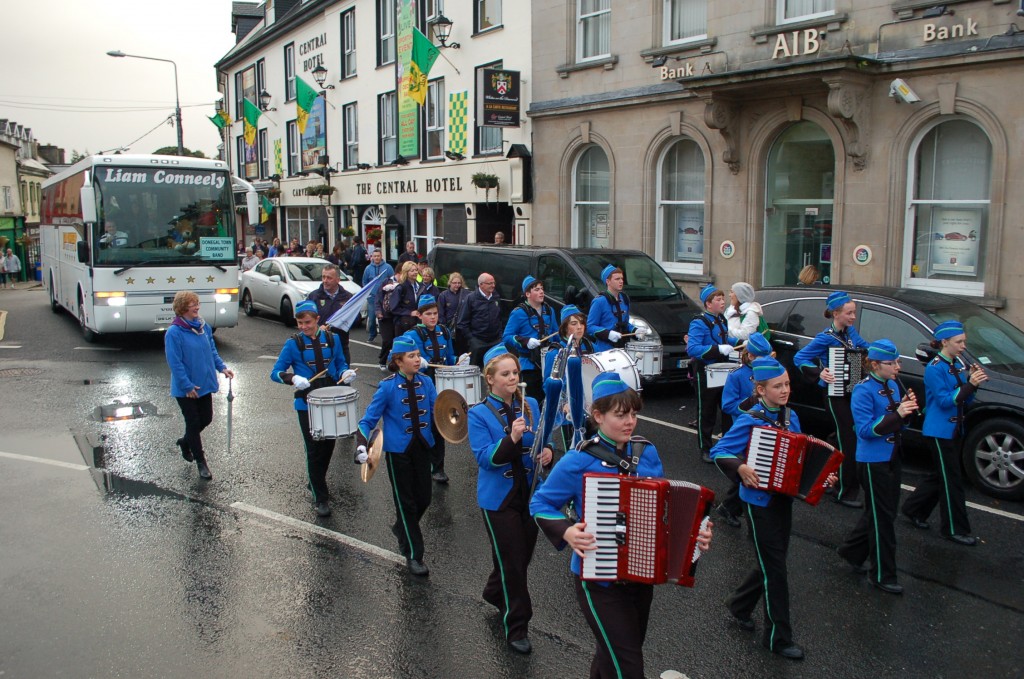 There was a joyous homecoming last night in Donegal Town for the all conquering Donegal Town Community Band who made it three-in-a-row at Fleadh Ceoil in Sligo.

Brendan McMonagle, Mentor and Manager of the Donegal Town Community Band told Donegal Daily this win was “the sweetest of them all” as he addressed the homecoming crowd on the Diamond, Donegal Town yesterday evening.

Just a few hours earlier the band won their third All Ireland Junior Band title in-a-row at the Fleadh Ceoil in Sligo.

McGonagle thanked the band members, their parents and dedicated backroom team, he added, “The band trained every Tuesday all year but this week they trained 4 days for a total of 12 hrs to perfect their routine.

Mayor Patricia Callaghan also congratulated the band and said they were a credit to the town and their families.

Councillor Tom Conaghan, (a former All Ireland U21 manager himself) acknowledged the huge effort it takes to win one much less three All Irelands.

One of the founding members of the reformed band Pauric Kennedy had the memory of his late father Peter’s in mind when he said, “Dad founded the original band and he would be so proud to see the success this band has achieved here today bringing three national titles home to a small town like Donegal.

Liam Conneely, the band’s bus driver was singled out for special mention,”For his care and courtesy way and beyond the call of durty.

Ernan McGettigan was his usual competent MC and Jonathan Kennedy organised the Reception lorry and PA, with one hand literally (he broke his arm last week!)