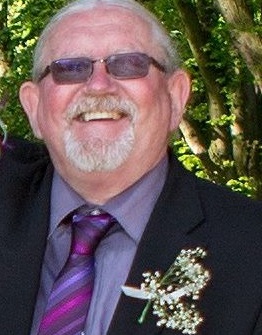 TRAGIC PHOTOGRAPHER JOHN HAD LOST HIS WIFE JUST MONTHS AGO

THE tragic amateur photographer who fell to his death from rocks at Fanad Lighthouse was 59-year-old John McCourt from Antrim town.

The award-winning snapper lost his footing whilst out doing what he loved most – taking pictures of the rugged Irish coastline.

John had lost his wife Sharon to cancer earlier this year and was still heartbroken by her loss.

He had been in Donegal at the weekend, telling friends he was looking forward to visiting the Fanad lighthouse and taking pictures of it.

Mulroy Coast Guard crew and the Lough Swilly RNLI lifeboat recovered him from a gulley after the fall. He was flown to Letterkenny General Hospital by the Sligo 118 rescue helicopter but was later pronounced dead.

Local newspaper editor John McAteer, from the Tirconail Tribune, lives next to the lighthouse.

He said the conditions on the coast yesterday were very dangerous.

“This was a particularly difficult task for the rescue services as it was blowing a gale,” said Mr McAteer.

“The conditions were almost impossible to work in and the fact that they even got to the casualty is a testament to their professionalism.

“It highlights the dangers of walking the coastline and going exploring on cliffs. The conditions can change in the blink of an eye.

“Fanad Lighthouse is a spectacular setting but the sea can be so dangerous around here.

“Our thoughts and prayers are with the man and his family at this time,” he said.