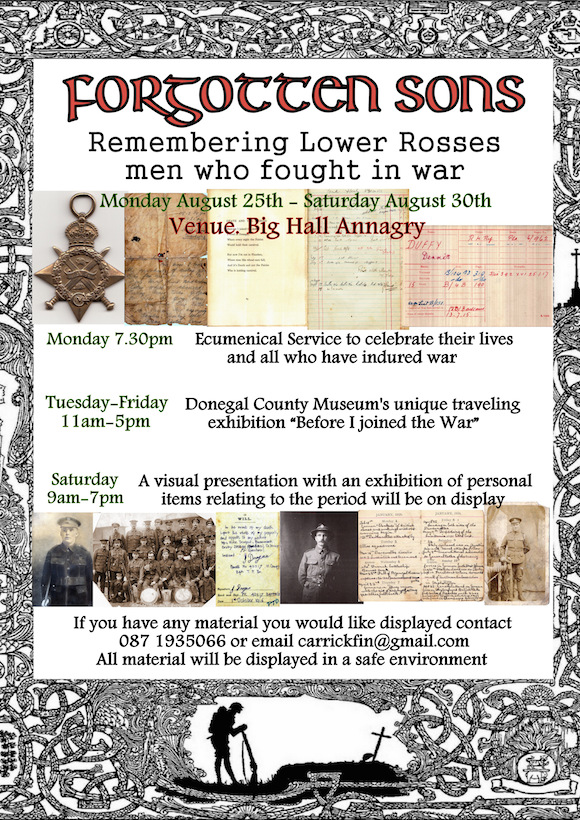 Those from the Lower Rosses who died as a result of World Wars will be commemorated at a series of events to be held in Annagry Community Hall. The commemoration will begin on Monday evening August 25th with an Ecumenical Service at 7.30pm, followed by the opening of a 5 day exhibition run in conjunction with Donegal County Museum. On Wednesday August 27th at 7.30pm a memorial will be unveiled in Kincasslagh Cemetery. On Saturday August 30th there will be a unique display of photos, medals, diaries, letters etc relating to the local men who fought. In this area a heavy price was paid with thirty six men known to have died in the WW1, several more in WW2 along with the civilian victims of the Ballymanus Mine in May 1943. In all it is estimated that many hundreds of persons were caught up in the upheaval in some way or another. If you have material that you would like to display contact 087 1935066 or email carrickfin@gmail.com. Personal memorabilia will be displayed for only one day only in a secure environment.