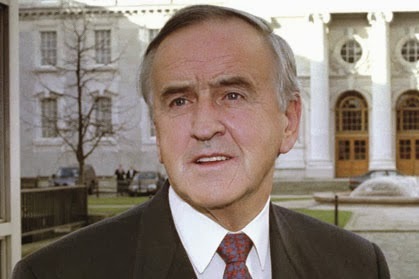 The Chairperson of Donegal South West Ógra Fianna Fáil Ian Molloy has this morning been reacting to the news of the death of former Taoiseach Albert Reynolds.

The 81 year old Roscommon-born politician passed away shortly before 3am this morning.

He led the Fianna Fáil party in two coalition governments in the 90’s, with the Progressive Democrats and The Labour Party.

Reacting this morning Chairperson Molloy said: “Mr Reynolds made a massive contribution to peace on our Island.

“The fact that today we have little  or no violence due to the troubles is testament to his endurance in making peace a priority for himself and making it a reality for the Irish people. I would like to send my deepest sympathies to his family.”