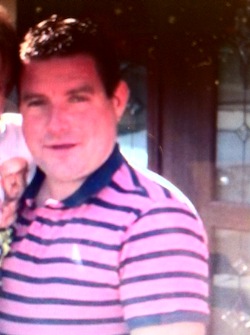 IT WAS NOT THE EBOLA VIRUS

BREAKING NEWS: The Co Donegal man at the centre of the Ebola scare did NOT die from the virus, the HSE has confirmed.

The family of Dessie Quinn, 44, have been informed of the news in the past few minutes.

They have now asked for privacy at this time.

The HSE confirmed that laboratory test samples for an individual, who had recently returned from Africa, has proved negative for Ebola Virus.

“Infection control procedures, which had been put in place as a precautionary measure, will now be stepped down,” said a statement.

The HSE expressed its condolences to the individual’s family and friends for their loss.

It is not understood a cause of death will be confirmed today but will be dealt with at a future sitting of the coroner’s court.

Details of Mr Quinn’s funeral are now being arranged by his heartbroken family.

The dead man was being treated for malaria but passed away yesterday after returning home to Donegal from West Africa where he was working.

However, a HSE statement released last night confirmed an investigation had been launched as Mr Quinn had shown Ebola-like symptoms.

His remains were placed in isolation at Letterkenny General Hospital before tests were carried out first thing this morning.

Those tests have now been complete and a source has confirmed that Mr Quinn did not die as a result of the Ebola virus.

IT WAS NOT THE EBOLA VIRUS was last modified: August 22nd, 2014 by Stephen Maguire