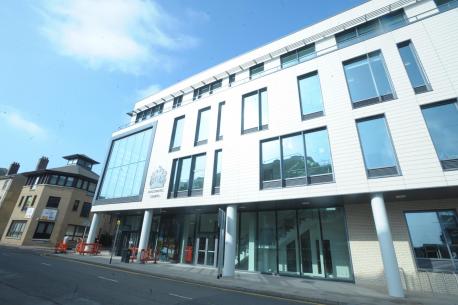 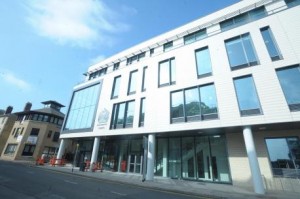 Chelmsford Magistrates Court where the two lorry drivers are to appear later today.

A man from Donegal has been charged following the death of an Afghan migrant found in a container at Tilbury docks in Essex, England.

Stephen McLaughlin, from Carndonagh in Inishowen but who has been living at Rose Park in Limavady, Co Derry is one of two lorry drivers charged with conspiring to facilitate illegal entry into the UK.

The other is  Timothy Murphy  (33), of Elmgrove in Derry city.

McLaughlin was arrested on the A1 in Banbridge, Co Tyrone on Tuesday while Murphy was detained after voluntarily attending a police station in Essex the following day.

They are due to appear before Chelmsford Magistrates Court today.

The dead man, Meet Singh Kapoor (40), was one of 35 people from Afghanistan, including 15 children,  discovered after dock workers heard banging and screaming coming from one of the containers which had been shipped in from Belgium.

Those found inside were taken to hospital, with many suffering from the effects of severe dehydration and hypothermia.

The migrants were said by police to be victims of people trafficking.

Those found inside were taken to hospital, with many suffering from the effects of severe dehydration and hypothermia.

The 34 survivors include 10 men, nine women and 15 children, with their ages ranging from one to 72.

They are all in the care of the British Home Office after being discharged from hospital and questioned by police.

They are seeking asylum in the UK.

It is believed they were in the container for about 18 hours.