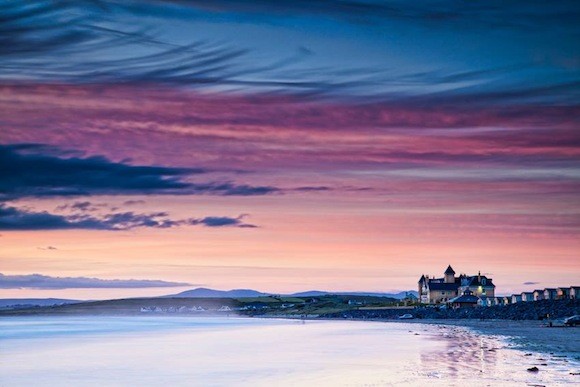 IT’S A SELL-OUT! DONEGAL COMPLETELY BOOKED OUT IN TOURISM BOOST

ALMOST every hotel room has been sold out in County Donegal this weekend in a sensational turnaround in the fortunes of the tourism trade, a Donegal Daily survey has found.

Hotel rooms from Malin to Bundoran and from Rossnowlagh to Gaoth Dobhair have been snapped up, driven by a series of factors this weekend.

A large influx of northern tourists has been boosted by the strong sterling and a bank holiday weekend in the North.

Better marketing of the county has also drawn in thousands of visitors from Europe, America and the Far East.

The county’s leading hotels including Solis Lough Eske, Harvey’s Point, the Mount Errigal, the Redcastle, the Sandhouse, The Clanree, the Station House, The Holyrood, The Malin and the Ballyliffin Lodge have all been booked out.

Just a handful of guest house and B&B accommodations are available.

A series of events including the Donegal marathon in Letterkenny, the incredible food festival in Donegal Town and music and car festivals have helped draw in the crowds.

“It has been an excellent summer for visitors to Donegal,” said Paul Diver from the Sandhouse Hotel in Rossnowlagh.

“Weekends and week days have been fully booked. We’ve had to take on extra staff this year and that all helps the local economy.

“I think people are finally discovering Donegal….and realising how beautiful it is.”

Carolynne Harrison at the Mount Errigal Hotel in Letterkenny said a huge rise in Irish visitors on ‘staycations’ was helping to drive the industry.

“We’ve hired extra staff across the board because it has been so busy,” she said.

“Sterling is also back to where it should be in terms of exchange rates and that is bringing so many extra people from the North and from Scotland too.”