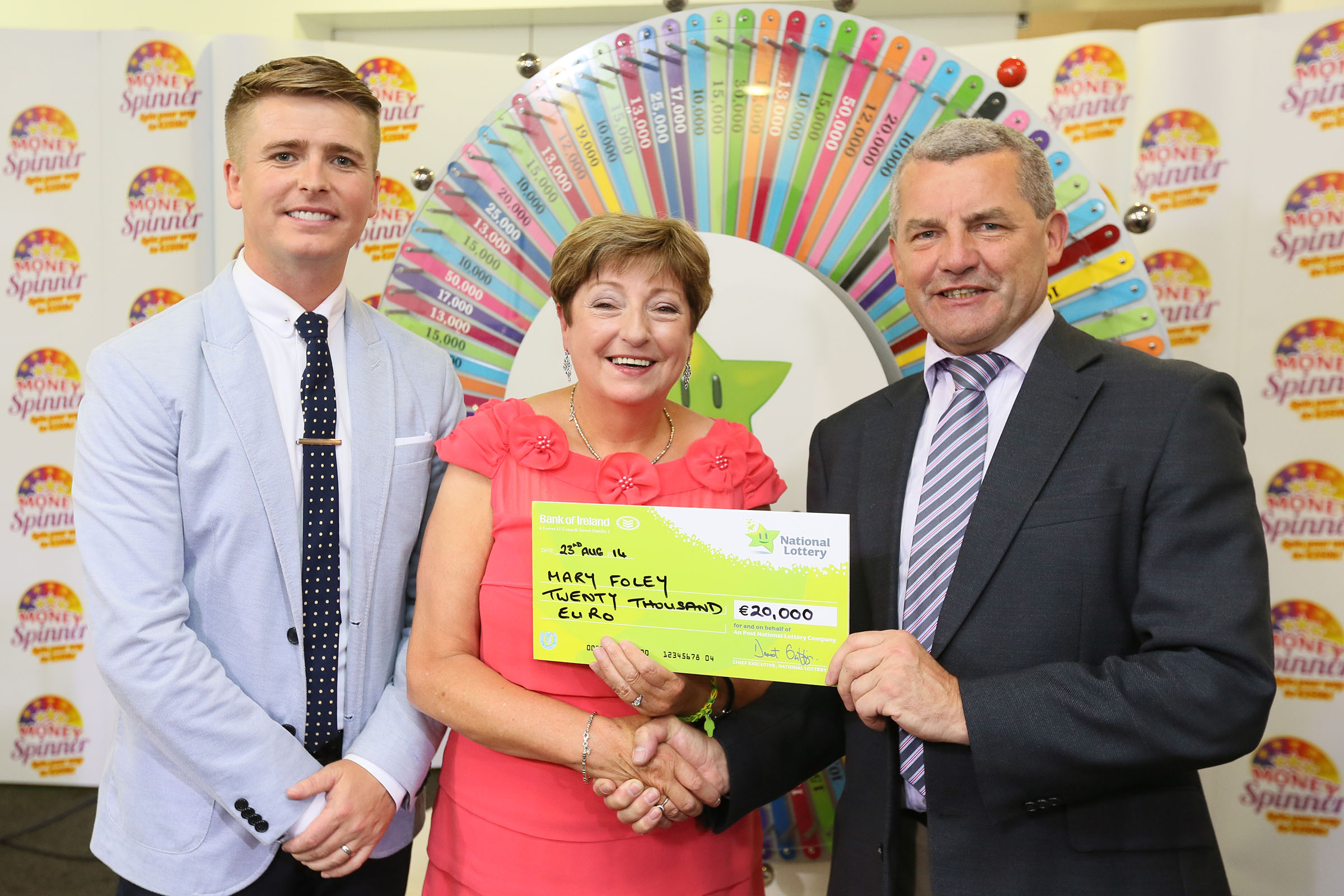 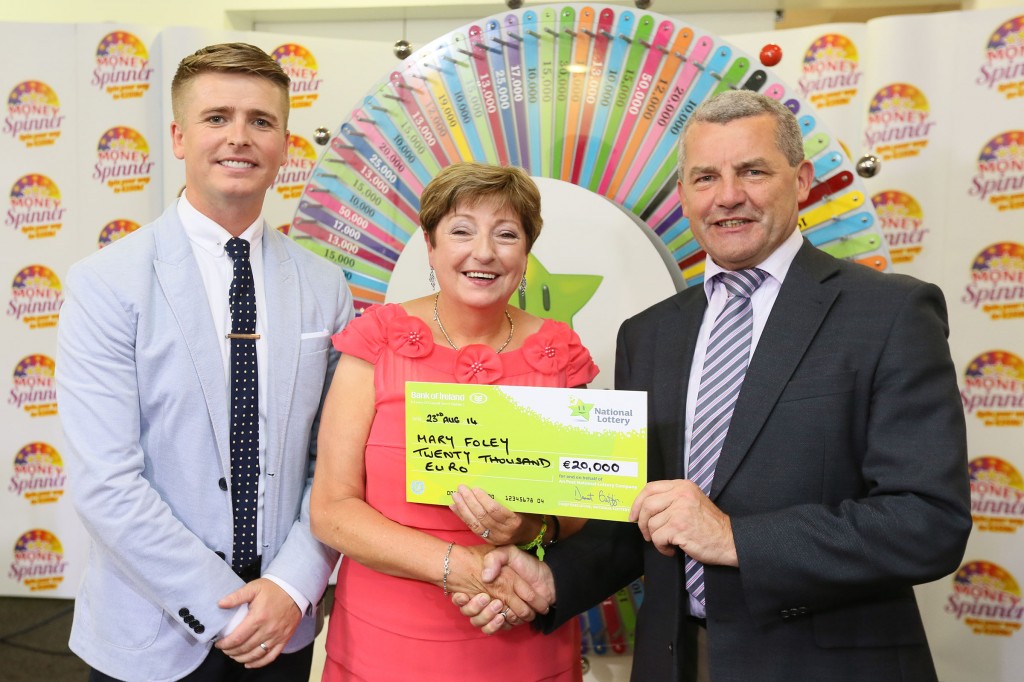 Pictured at the presentation of winning cheques were, from left to right: Brian Ormond, Money Spinner Host; Mary Foley, the winning player and Gerry O’Donoghue, The National Lottery. The winning ticket was purchased in Reidy’s Centra, Coyrig, Foynes, Co. Limerick.

Letterkenny women Mary Foley  was over the moon after she scooped €20,000 on the National Lottery’s money spinner event at the weekend.

Mary also won a city break at the event which was held at the National Lottery offices in Dublin on Saturday.

Mary left Dublin absolutely delighted last weekend, and hopefully the thousands of Donegal fans heading to Croker this weekend will have a similar feeling of joy after both the minors and seniors defeat the Dubs.