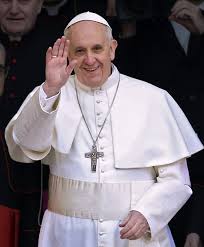 Donegal people may get the chance to see Pope Francis up close and personal after the possibility of a visit by the Holy Father to Derry moved a step closer.

It is anticipated Pope Francis will accept an invitation from Taoiseach Enda Kenny to visit Ireland in the near future.

On the back of that, Derry SDLP MLA Pat Ramsey extended an invitation to the Pontiff to include Derry in his visit.

Mr Ramsey has revealed correspondence from the Papal Nuncio, the Pope’s representative in Ireland, has not ruled out such a visit taking place.

The Papal Nuncio said: “Last Spring, you very kindly extended an invitation to Pope Francis, on behalf of your constituents, to come to your city should he be able to make a visit to Ireland.

“Please allow me to assure you that your letter was carefully noted by the Nunciature, which remains deeply grateful for the kindness of your invitation.”