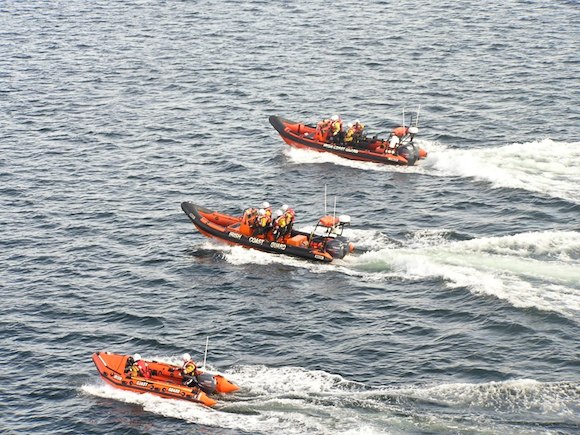 A LAST blast of summer has led Coast Guard teams going to the rescue of several people around the Co Donegal coast.

The Lough Swilly RNLI lifeboat had to go to the rescue of man in difficulty in the waters off Buncrana.

The same lifeboat also went to the assistance of a broken down boat, whilst colleagues at Greencastle Coast Guard unit had to deal with a similar incident.

Elsewhere the Mulroy Coast Guard unit had to assist a kite surfer who was injured off the beach off Downings.

In a separate incident the Arranmore lifeboat carried out a medical evacuation of an elderly man needing hospital assistance.

With the calm weather expected to continue for another 24 hours, a Coast Guard spokesman said: “We would once again appeal to all those using our coastal and inland waters to take extreme care.

“And we would also urge anyone who sees something which doesn’t look right to pick up the phone and call us. We would rather have a false alarm than not respond at all.”